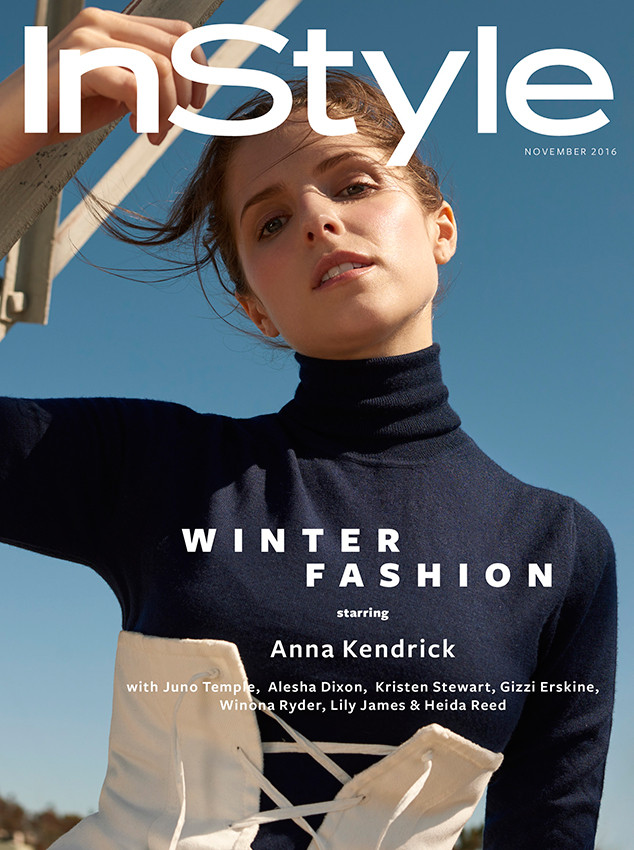 Anna Kendrick has found phenomenal success as a movie star, but that has taken a toll on her everyday living as of late.Having worked on Trolls, The Accountant,Mike and Dave Need Wedding Dates andThe Hollars all in the past year, Kendrick has had a busy 2016, which is why she tellsInStyle U.K.‘s November issue that her downtime has been relatively nonexistent. «My life has been falling apart for four years. I had some accidental time off, so I’ve been enjoying opening my mail, seeing my friends, sleeping in my own bed. I’m a champion sleeper,» she tells the magazine.

«Also, I organized my garage and it made me so happy that I felt like I was on drugs. I built industrial shelving, bought tubs from Ikea, put my Christmas decorations in clear containers so I can see them…

«I feel like I’m on drugs just talking about it now.» Even though she appeared in four movies in the past year, Kendrick is aware of the possibility of overexposure—in the media and on the red carpet. «You know, I’m trying to rein in my workaholism because I don’t think people really want six movies a year from me!» she adds.
All things considered, Kendrick considers herself fairly lucky because she continues to live a grounded life, that includes frequent trips to Ikea. The only difference now, however, is sometimes she tries to hide because of how uncomfortable she feels in public.

«My close friends are the same ones I had when I first moved to L.A., who were totally cool with me being some unemployed, aspiring actress. So you keep them,» she explains.

«The only thing that bums me out about fame is when I notice a behavior I have that I wouldn’t have if I was in a different profession. Like when I went to Ikea to get the bins for my garage? I was cowering behind DIY shelving in a baseball cap as a family walked by. I don’t know if that’s cool, but it’s something I do.»Even though finds herself «cowering» in public, Kendrick admits that she has found some confidence as a result of turning 30—and all that success.
«There’s no such thing as a 30-year-old girl. Maybe a 28-year-old girl, but not 30. There’s a security in that, which is incredibly arbitrary and stupid,» she says. «But as someone who can be in a room with people who don’t take me seriously as often as I would like, it’s nice to be able to tell them: «I believe the term is ‘woman’ now.'»