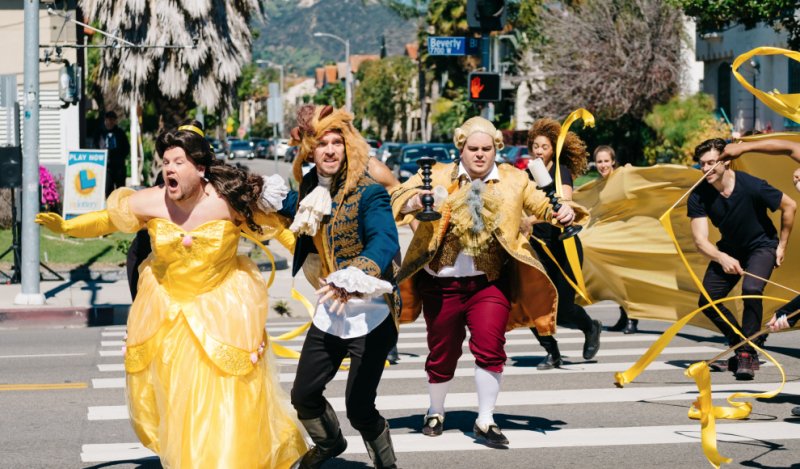 James Corden took his love of musicals to the street again on Wednesday night (March 15) for the latest edition of Crosswalk: The Musical, the Late Late Showhost’s occasional homage to musical theater performed in between green lights on Beverly Boulevard and Genesee Avenue. This time his traffic-dodging crew was joined by actors Josh Gad, Luke Evans and Dan Stevens for a run through some beloved tunes from the upcoming live action Beauty and the Beast remake.

While Emma Watson couldn’t make the scene, Corden was more than willing to slip into the XXL-sized yellow dress to waltz across the avenue during rush hour. «To be invited by James to perform at the crosswalk outside of CBS that’s what we call a dream come true,» said Gad, as his co-stars looked stunned by the news that their stage would be an exhaust-choked avenue.