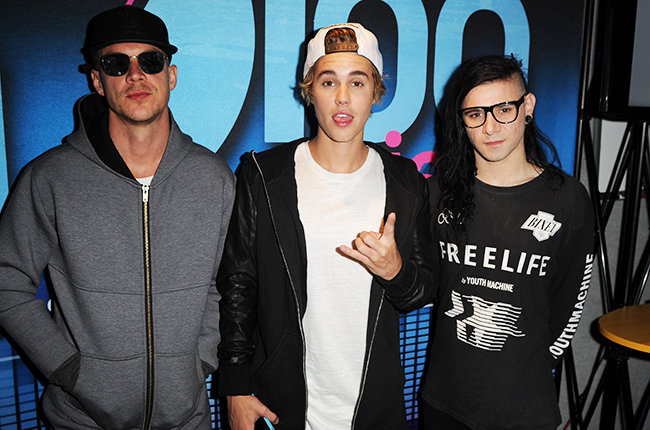 Taking clips from Jack U and Justin Bieber’s New York Times interview, Facebook page Seinfeld 2000 has created a hilarious parody video that pokes fun at the creation of “Where Are Ü Now,” by interspersing its production explanation with the Seinfeld theme song.

The video features Diplo seriously explaining the duo’s attempts to “create something that [people] haven’t heard before,” followed immediately by the well-known bass line  of Seinfeld’s theme. Skrillex is later shown painstakingly playing the chords of the theme song on a keyboard, and Justin Bieber proudly points out his vocals succeeding the theme’s signature beep-bops.

At the end of the video, Skrillex explains that the song is “rebellious in a lot of ways,” as he waves a hand across his laptop while the last chirpy notes of the theme song play. Boasting more than 347,000 views on Facebook already, the satire is a promising one (and even Jack U couldn’t resist throwing it a like). Check the link below: