The trial between Taylor Swift and the radio host who allegedly groped her has begun, and the singer’s own mother, Andrea, testified in court through tears.

Taylor Swift, 27, has her mom, Andrea, by her side during this extremely difficult time. Multiple reporters who are inside the courtroom during the trial have been live tweeting the events, including Andrea’s tearful testimony to the court on Wednesday, August 9. Michael Konopasek from local outlet FOX31 Denver quotes Andrea as saying she was, “upset to extent that I wanted to vomit,” after Taylor told her that former KYGO radio host David Mueller had “grabbed” her butt. As Andrea’s testimony went on, Michael wrote: “Andrea is starting to cry… this is very hard for her.” So sad.

According to Michael’s account from inside the courtroom, Andrea revealed guilt over teaching Taylor to be “so polite”. Michael added, “Andrea couldn’t believe Taylor thanked Mueller and girlfriend after photo op.” Moments later, Andrea reportedly detailed how Taylor reacted after the radio host allegedly grabbed her during their picture, “‘[Taylor] was really shaken … humiliated … horribly embarrassed because he grabbed her bare ass,’ Andrea Swift said,” Michael wrote. Andrea also reportedly stated that Taylor’s body language in the photo as well as the look in her eyes are a dead giveaway that something is terribly wrong. “I know those eyes better than anyone,” Andrea said, according to Michael’s tweets. The reporter also claims that Taylor “got emotional” listening to her mother discuss the upsetting incident. 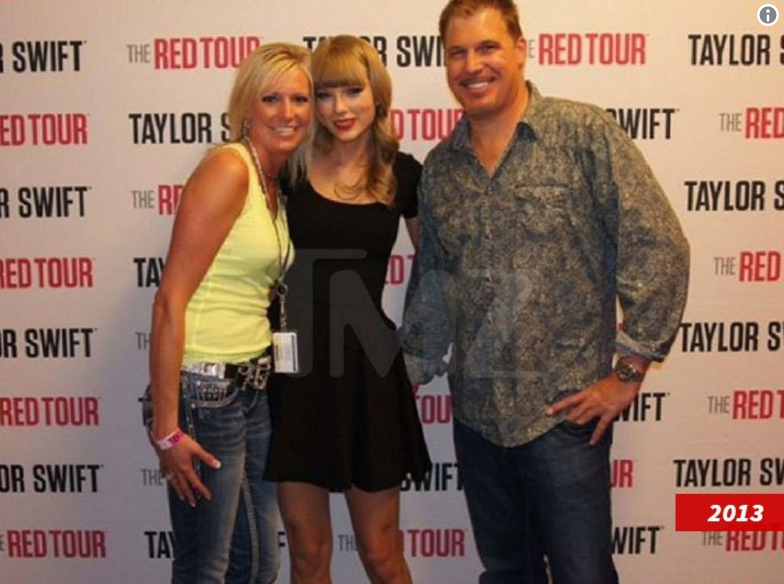