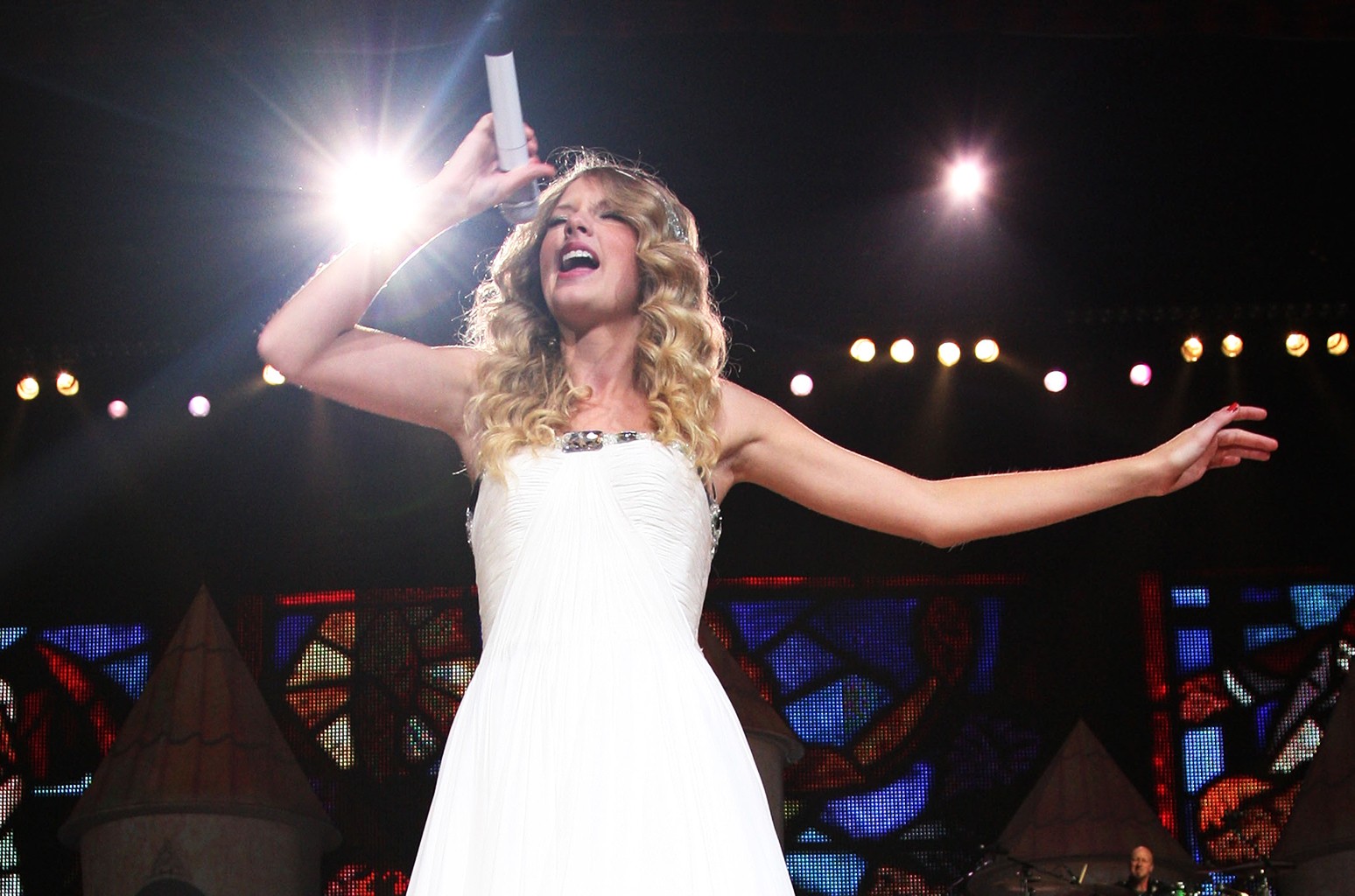 «This process has been more fulfilling and emotional than I could’ve imagined and has made me even more determined to re-record all of my music,» Swift wrote in a note to fans. «I hope you’ll like this first outing as much as I liked traveling back in time to recreate it.»

I’m thrilled to tell you that my new version of Fearless (Taylor’s Version) is done and will be with you soon. It has 26 songs including 6 never before released songs from the vault. Love Story (Taylor’s Version) will be out tonight. Pre-order now at https://t.co/NqBDS6cGFl 💛💛 pic.twitter.com/Vjyy2gA72O

While Swift did not announce the release date of the re-recorded version of Fearless, the “new” album will include «6 never-before-released songs from the vault.» In December, a snippet of the re-recorded “Love Story” was used in a Match.com commercial directed by actor Ryan Reynolds.

Swift announced her intention to re-record her first six albums — released between 2006 and 2017 by Big Machine Label Group — in 2019, following the acquisition of her master recordings by Scooter Braun. Swift had tried to buy back her masters for years prior to the sale, and began re-recording her back catalog last November.

“It’s going to be fun, because it’ll feel like regaining a freedom and taking back what’s mine,” Swift told Billboard in 2019 of rerecording her catalog. “When I created [these songs], I didn’t know what they would grow up to be. Going back in and knowing that it meant something to people is actually a really beautiful way to celebrate what the fans have done for my music.”

Instead of kicking off the release of her rerecorded albums with her 2006 self-titled debut, Swift has gone with Fearless, which spawned the top 20 hits “Love Story,” “You Belong With Me,” “White Horse” and its title track. Fearless has earned 10.2 million equivalent album units (through Feb. 4) according to MRC Data. Of that sum, 7.2 million are in album sales.

Fearless was Swift’s first album to top the Billboard 200 chart, spending 11 nonconsecutive weeks at No. 1. The album also earned Swift her first Grammy Awards, including album of the year; she later won the same award with 2014’s 1989, and could win her third album of the year trophy next month with Folklore.