Swedish House Mafia will reunite with brand new music for a special Stockholm show in 2019. The EDM stars – who underwent a farewell tour in 2012 – will be back in their hometown for the first time in over six years when they play the Tele2 Arena on May 4. The exciting announcement comes after the group – made up of Axwell, Sebastian Ingrosso and Steve Angello – appeared at Ultra Music Festival in Miami, Florida earlier this year for a surprise performance, which got fans speculating about a comeback. 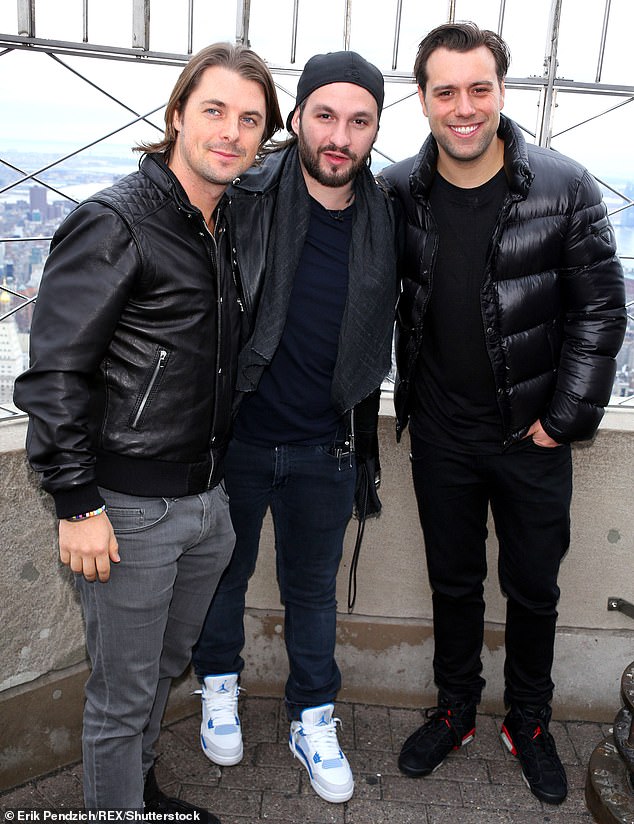 Reunion: Swedish House Mafia will reunite with brand new music for a special Stockholm show in 2019 (pictured in New York in 2013)The trio will also play ‘never-before-heard’ tunes at the reunion, which will mark only the second time they have taken to the stage in their hometown. During their farewell tour, Swedish House Mafia treated 133,000 fans to three sold-out shows at Friends Arena in Stockholm.

A statement said: ‘That dream of seeing Swedish House Mafia return has become reality as Axwell, Sebastian Ingrosso, and Steve Angello have now chosen to put the past behind them and come together, not just as Swedish House Mafia but as artists, and more importantly as three best friends with a message.’

Speaking earlier this year, Steve revealed: ‘During summer everyone is travelling a lot, but we’ve entered the studio. I can’t really say much more.’

Talented: The EDM stars will be back in their hometown for the first time in over six years when they play the Tele2 Arena on May 4 (pictured in 2012)

Although they haven’t confirmed a release date, it was previously suggested the album could drop in time for a run on the road in 2019. He said of a tour next year: ‘It’s happening, obviously. Not all the details are set, but we will be back in 2019.’

The band’s decision to reunite comes just two years after they said they were happy doing their own thing but were adamant not to rule out a comeback in the future.Axwell explained: ‘I think we’re all in our happy places right now. Having said that it would be stupid of me to say never [to a reunion]. ‘Maybe one day something will happen inside of us that says «boom». But it’s more [likely to be] coming from us than at a festival.’