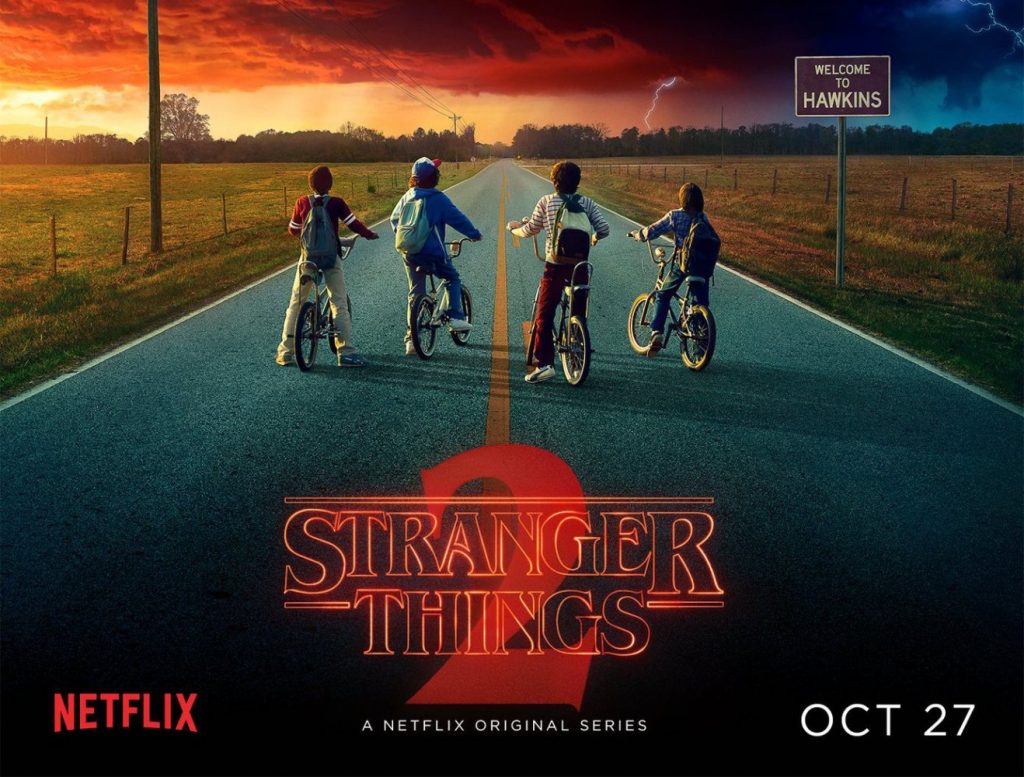 Your Halloween just got way, way spookier. In a long-awaited confirmation, Netflix announced on Tuesday (July 11) that its smash paranormal thriller Stranger Thingswill be back in October. The news came via a tweet with a 25-second trailer that had just small glimpses of the show’s youthful cast, but plenty of the signature spine-tingling score.

The clip opens with a shot of a yellow road line with the year 1984 superimposed in the Stranger font, with the neon numbers quickly blinking out as a trio of BMX bikes ride over the line and the words «Only Gets Stranger» flicker into view.

With ominous, lightning-filled skies crackling above, the teaser ends with the words «Welcome to Hawkins» and the Oct. 27 return date.

As part of the announcement, Netflix provided the following timeline for the show’s dramatic arc:

1983, November 8 – The vanishing of Barbara Holland

The official season 2 description says it all, setting up some of the drama in the official show poster. «It’s 1984 and the citizens of Hawkins, Indiana are still reeling from the horrors of the demagorgon and the secrets of Hawkins Lab. Will Byers has been rescued from the Upside Down but a bigger, sinister entity still threatens those who survived.»

A 10-second trailer revealed at San Diego Comic-Con last month with the ominous promise, «a year after Will’s return, everything seems back to normal… but a darkness lurks just beneath the surface, threatening all of Hawkins.» The show’s stars are seen rocking era-appropriate Ghostbuster costumes and a strange, spider-like monster looms on the horizon.

Michael Stein and Kyle Dixon of Austin, Texas, instrumental rockers S U R V I V E will once again provide the soundtrack to the show. Their spine-tingling compositions were compiled on two volumes of Stranger soundtracks released last year and the Dixon told Billboard in May “I don’t think we’ve gotten a ‘no’ yet this season,” speaking about their collaboration with the show’s creators the Duffer Brothers. “That did happen last season. I guess it’s getting easier once we’ve gotten over the initial learning stage.”

The pair could not talk about any specifics, though they did say to expect more synth-driven music on the second go-round. They did reveal that they were having fun writing for some new characters who are visiting Hawkins, Indiana, during the upcoming season, including Max, a 13-year old girl, and veteran comedic actor Paul Reiser, who joins the cast as a scientist. “It doesn’t seem necessary to have a strong theme for someone when they walk into the room,” Dixon said. “It’s more of a tone or a mood.”