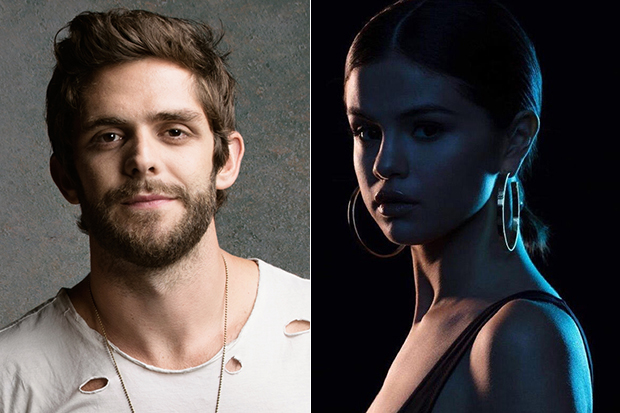 Well, this is a surprise! It looks like Selena Gomezembraced her inner-country queen and recorded a duet with Thomas Rhett. The Tangled Up superstar spilled the news during a Q&A session in Las Vegas. “I’ve never written more than I’ve written in the last year, and so we had lots of songs to pick from,” the 27-year-old says of his upcoming third LP. “We have this girl named Selena Gomez sing on a song on the record and she’s pretty cool. I promise you, if I could collaborate on every song, I would.”

“I love doing songs with different people and doing songs with friends,” he continues. “It’s a very all-over-the-place record, that’s for sure. There’s songs on there about kinda finding out I’m going to be a dad of two, there’s love songs on there. There’s songs that are too crazy for anybody to ever play, but I think that’s what I’m good at.” Hopefully, his duet with Selena makes the cut! While we wait for the pop star’s honky-tonk anthem to drop, check out her beautiful cover of “Only You” from the 13 Reasons Why