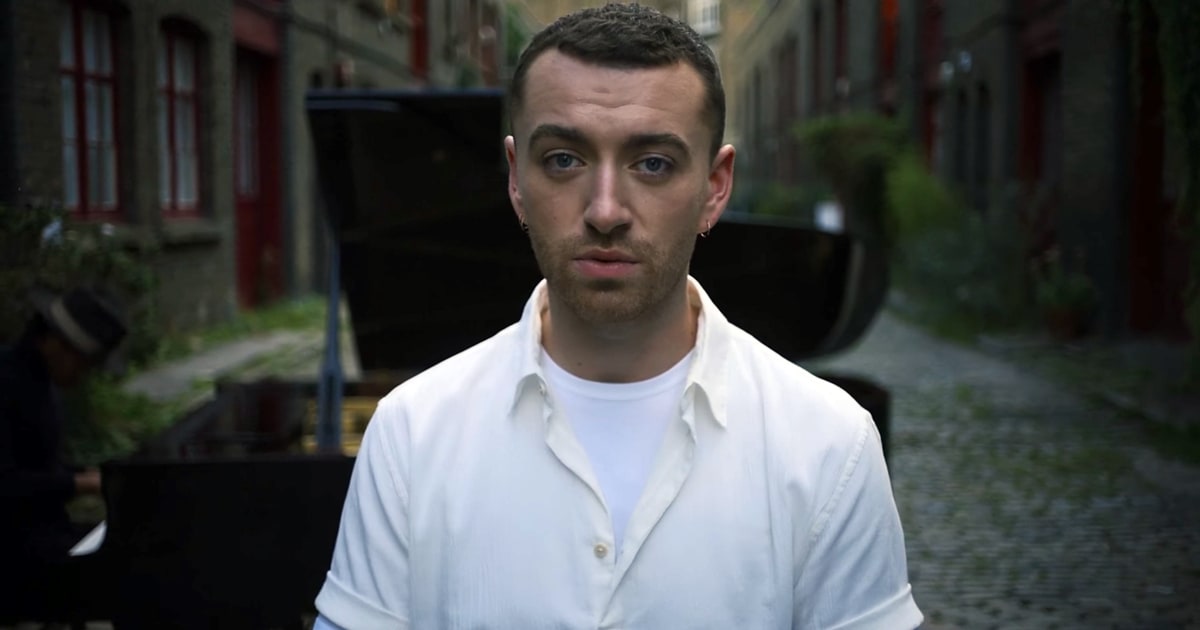 Sam Smith weathers heartache and comes out stronger on his sophomore LP, The Thrill Of It All. No stranger to baring his soul on chart-topping releases, the Grammy winner revealed that he took some time off after a difficult breakup. Although it was hard to get back to work, the Brit’s experiences helped birth some of his strongest songs to date.

The project sees him reunite with In The Lonely Hour heavy-hitters Steve Fitzmaurice and Jimmy Napes. This time around, they are listed as co-executive producers and collectively have their hands on every track on the standard edition including lead single, “Too Good At Goodbyes.”

After overcoming heartache on his debut LP, the “Stay With Me” crooner opens the album with a melancholic declaration that he is still unlucky in love. “But every time you hurt me, the less that I cry. And every time you leave me, the quicker these tears dry,” he forlornly states while realizing that his relationship cannot survive the endless battles.

Sam played things a little safe on his first release in more than a year. The production harks back to his earliest work, and his vocals are stunning regardless of the evident pain. Unsurprisingly, it flew to the top of the charts in the UK and is sitting comfortably in the top 10 on the Billboard Hot 100 with signs of soaring ever higher.

Although the lead single followed a predictably winning formula, he took a risk with the first buzz track, “Pray.” It finds him teaming up with Timbaland to update his sound by adding a hip-hop edge to traditional balladry. Inspired by a trip to Iraq, the track is about opening his eyes to the world around him.

“I’m young and I’m foolish. I’ve made bad decisions. I block out the news, turn my back on religion,” the 25-year-old boldly proclaims on the opening lines. The sparse production incorporates gospel elements, and Sam’s voice soars as he turns to a higher power for some guidance. “Maybe I’ll pray. I have never believed in You, no. But I’m gonna pray,” he vows. His decision to turn to God in the face of tragedy is relatable, and he seems to come out with a renewed purpose.

Sam revisits heartbreak and familiar production on the second buzz track, “Burning.” With a writing credit from Poo Bear, and Fitzmaurice and Napes back for production, the track is another swooping reflection on a lover who left him broken. “Funny how time goes by. Had respect for myself, that river ran dry. You reached the limit. I wasn’t enough, and it’s like the fire replaced all the love,” he mourns over somber keys.

Although he is an accomplished balladeer, The Thrill Of It All continues to push the hitmaker out of his comfort zone with a handful of mid-tempos including “Say It First” and “One Last Song.”

On the former, Sam pleads with a lover to be honest about his feelings. Malay assists on production, delivering a striding beat, lush with gentle flourishes. It is a sharp departure from the doe-eyed innocence of his earliest hits, but it manages to come off as mature instead of cynical. The latter is a doo-wop-inspired bop aimed at a former lover who is still on his mind. “Maybe one day I won’t sing about you. I’ll sing about someone new, but right here, right now you are on my mind,” he proclaims. The production builds nicely underneath his voice, but it never overpowers him as he smoothly executes enviable gymnastics.

Malay’s second credit comes on “Midnight Train,” another mid-tempo that finds Sam staking his independence. After having his heart broken one time too many, he attempts to move on. “So I pick up my pieces. I get on the midnight train. I got my reasons, but Darling, I can’t explain. I’ll always love you, but tonight’s the night I choose to walk away.” There is a slight tremor in his voice, revealing the pain in his decision. However, he fights off any self doubt to remain resolute.

In an interview with Billboard, Sam explained that “Him” is a coming-out confessional. But nothing could have prepared listeners for the moving piece, which acts as a prayer of sorts and is an absolute standout. “Holy Father, we need to talk. I have a secret that I can’t keep,” he announces following a choral introduction. Sparse keys set the scene for the first verse, but the production picks up underneath him as he becomes more secure in his personal truth.

“Say I shouldn’t be here, but I can’t give up his touch. It is him I love. It is him. Don’t you try and tell me that God doesn’t care for us. It is him I love,” he defiantly sings. The choir returns towards the back half of the track, and things build up to a massive outpouring of emotion. It fits easily into a slew of powerful songs about coming out including Troye Sivan’s “Heaven” and is one of the most revelatory tracks in Smith’s discography.

But it is back to sadness we go as an uplifting production on “Baby, You Make Me Crazy” disguises tearful lyrics. “Baby, you make me crazy. Why’d you have to fill my heart with sorrow,” he laments. Sam’s falsetto is particularly strong on the track, and his frustration is evident as he bemoans his habit of falling for weak lovers. “I must see some kind of beauty in their eyes,” he ponders over a swinging instrumentation. It is an interesting realization, but not one that he can handle at the moment. Instead, he reaches for something to make the pain a little hazy.

The agony of a breakup defines the final two offerings, which may be some of the best on a very strong album. Sam brings on rising vocalist YEBBA for the LP’s sole duet, “No Peace.” Their voices vibrate with heartache as they strive to run from memories of former lovers. “I used to find comfort in your arms. Caught up in the wonder of your charms. I’ll cry for you. I’d lie for you. But I don’t even know you anymore,” they mourn. His voice is particularly beguiling and the vocalists blend effortlessly together. There is a breathtaking quality to their delivery that elevates the song to something truly magical and haunting.

“Palace” is another tearjerker as the crooner finds himself in the ruins of a relationship. However, although he is overflowing with pain, he attempts to avoid regret in the face of his loss. “Sometimes I wish we never built this palace. But real love is never a waste of time.” The lines are a fitting summation of his current state of mind. More than three years after Sam made his mainstream debut, the soul singer continues to fearlessly emote.

As Sam matures into one of the industry’s most reliable hitmakers, he is becoming even more adept at finding beauty in the darkest moments. Nothing is too stark to resolve in song, and his honesty makes for some of the best, most relatable listening.