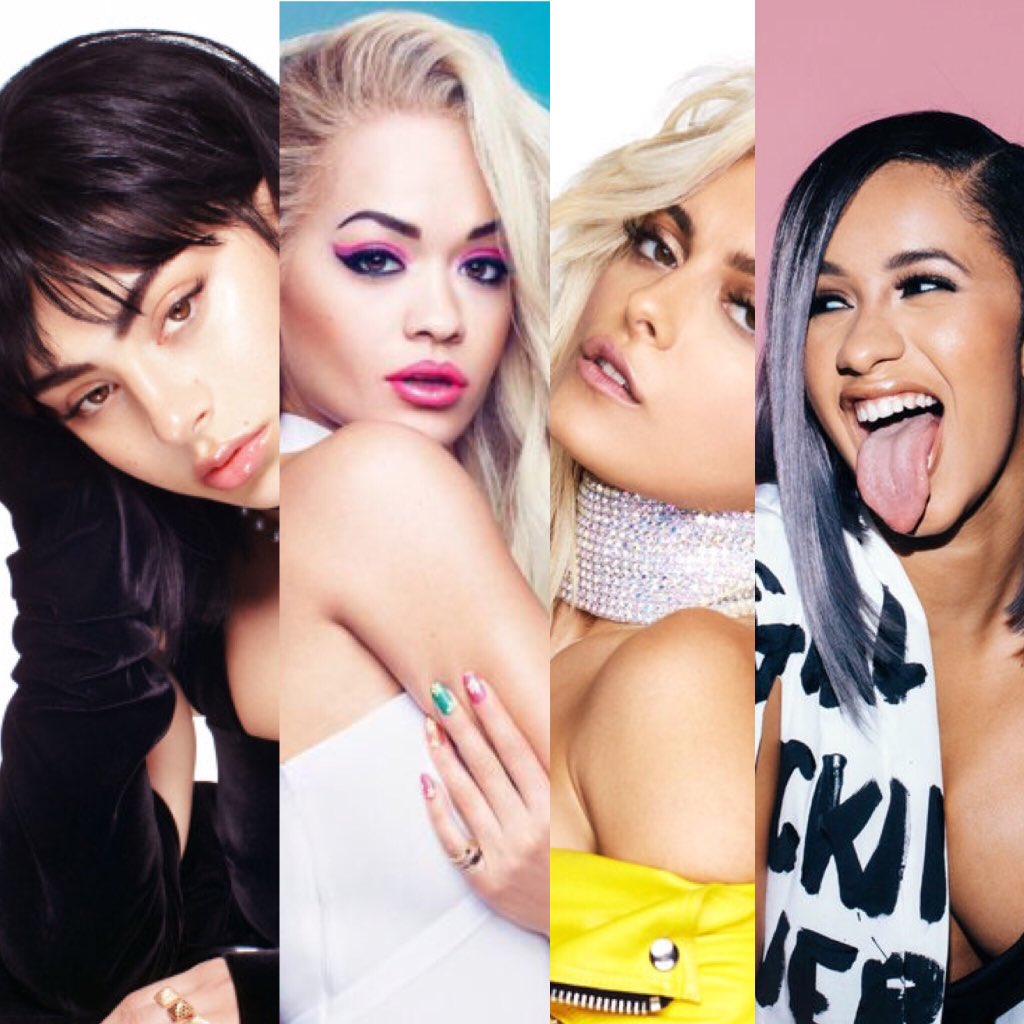 It’s actually happening! Rita Ora casually announced that she was releasing a new single called “Girls” way back in November, 2017. The song was supposed to drop in January and feature fellow pop queens Charli XCX and Bebe Rexha. The latter even hinted at a fourth collaborator when she retweeted the news with the comment: “And maybe someone else?” It only took six months, but we finally know that Cardi B is the fourth member of the Awesome Foursome. “Girls” also has an official release date.

“I’m so happy to finally announce my new single ‘GIRLS’ feat some amazing powerful women who have inspired me so much!” Rita announced on her social media accounts. “Out 11th May.” She also shared the cover art, which finds their names spelled out on a scrabble board. This has the potential to be a long-overdue US hit for Rita and Charli. Cardi has the midas touch right now and Bebe is hotter than ever thanks to the success “Meant To Be.” On the other hand, this is all but guaranteed to be a UK #1 hit thanks to Rita and Charli’s popularity at home.

See the announcement below.