In a new interview with GQ, Diplo details his unsuccessful quest to collaborate with Rihanna. “I played her ‘Lean On.’ She was like, I don’t do house music. I face-palmed so hard on that one,” he begins. “Another time I had a session with her, and Future was also invited. The Weeknd was there. Metro Boomin was there before anybody knew who he was. I was so contact high. Future played her, like, 700 songs. It was four in the morning. Finally, I was like, ‘Yo, G, I’m leaving unless you let me play her a song.’ So I played her a song. And she was like, ‘This sounds like a reggae song at an airport.’ [laughs] I was like, I’m gonna go kill myself.” And now Rihanna has taken to Instagram to semi-apologize for her epic shade, posting a screencap of an article about the incident with the caption “#DutyFree ??? My bad @diplo.” Never change, Rih. 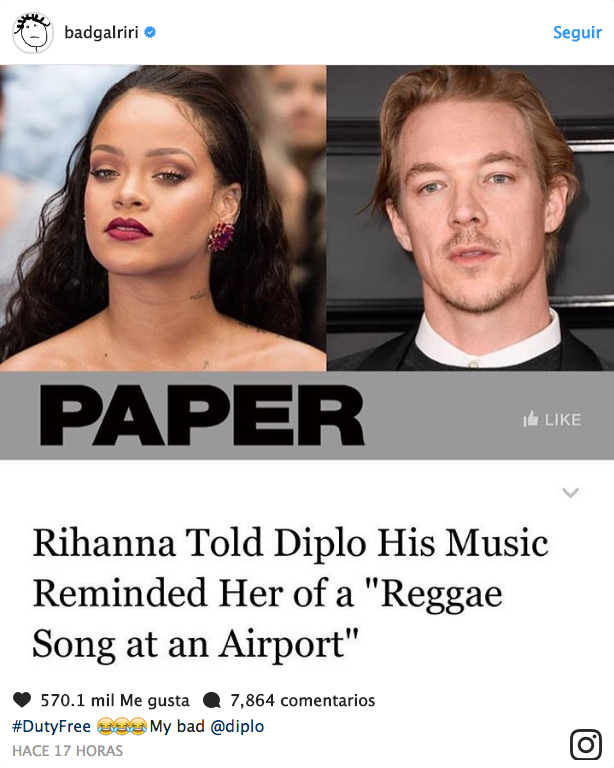