Ok, Katy Perry and Orlando Bloom have officially become the epitome of #RelationshipGoals.

Not only was the 39-year-old actor spotted having an adorably proud boyfriend moment while watching his girlfriend give her speech on the final day of the Democratic National Convention on Thursday, but he also helped her write some of it, too!

Sophia Rossi tweeted a line of Katy’s speech, writing, «‘It’s not where you come from but what you grow into’ @katyperry #DNCinPHL.»

The 31-year-old singer made sure to give credit where credit is due, shouting out to Orlando (who she’s apparently nicknamed «Lando») in response to Sophia.

«. @sofifii Lando put that one in,» Katy tweeted with a heart emoji. Presh! 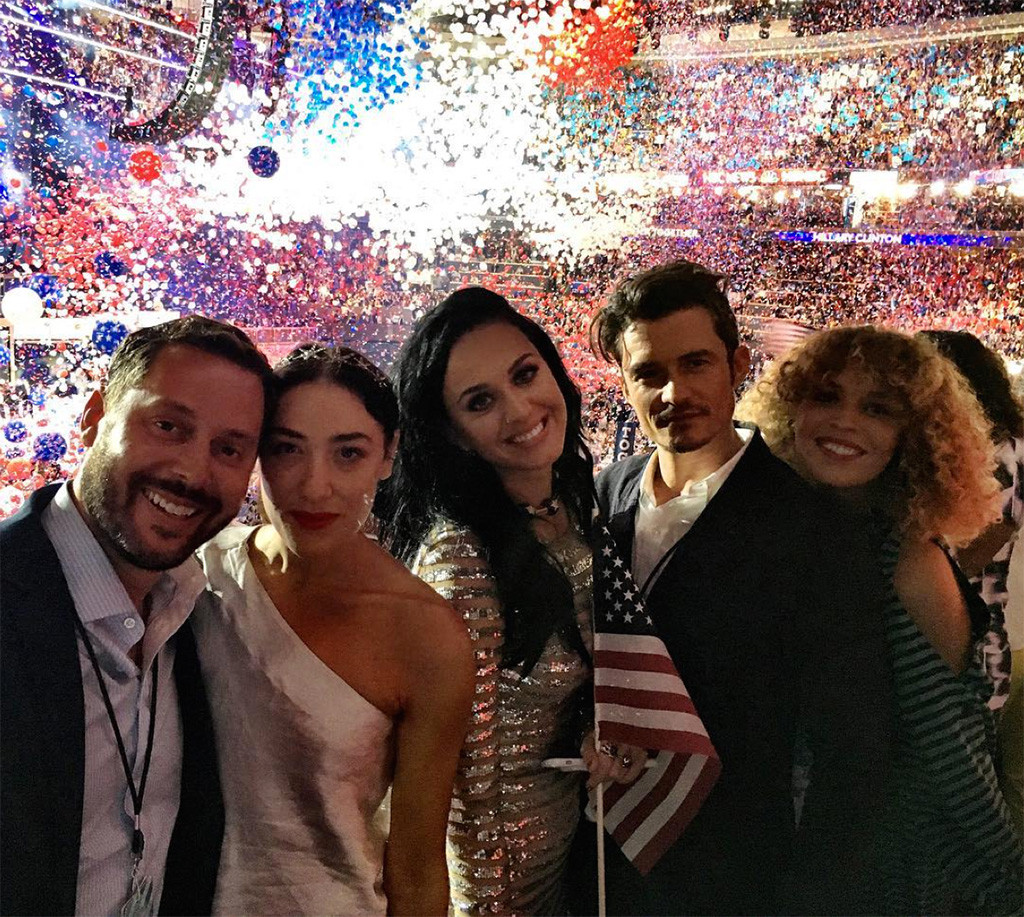 Mia Moretti also took a moment to gush about the singer’s speech, taking to Instagram to share a photo with Katy and Orlando alongside a sweet message.

«Four prom dates are better than one,» she captioned the photo from the DNC. «Blessed to have friends that use their hearts & their voices to fight for a fair healthy balanced world, because it is SO SO important! I hope you join us #dealmein #imwithher.»

Katy’s speech touched on her personal background and why she believes Hillary Clintonshould be the next President of the United States.

Orlando, meanwhile, was spotted in the crowd recording his girlfriend as she spoke.

«I love Hillary,» Katy continued. «I have saved messages on my phone from HRC. You know I’ve got a closet full of Hillary-themed dresses!»

Katy also performed her new song «Rise» for the first time as well as her hit, «Roar.»