«Sunday,» the JoBro captioned a series of snaps of him and his wife riding a pair of horses beachside in Carpinteria, Calif. The pair of lovebirds are all smiles in the pictures, with Chopra gazing adoringly at her husband as he glances back with a grin.

Coincidentally, the sweet snaps arrive on the one-year anniversary of the release of the Jonas Brothers’ comeback single «Sucker,» which rocketed to No. 1 on the Billboard Hot 100 upon its surprise release in March 2019 and eventually became the year’s top song on U.S. radio. The Jonas Brothers each celebrated the anniversary on social media, with Nick writing in his post (which featured pics with Chopra from the «Sucker» video set), «we can’t help but realize how lucky we are.»

Nick recently teased that the band’s follow-up to 2019’s Happiness Begins is set to be announced in the coming weeks, and has already been preceded by lead single «What a Man Gotta Do.» Up next, Nick, Kevin and Joe are set to head to Las Vegas for a month-long residency at the Park Theater at Park MGM, which kicks off April 1. 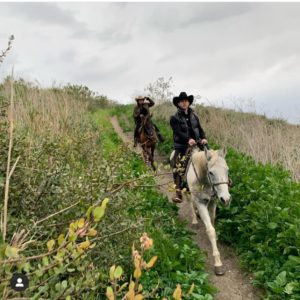 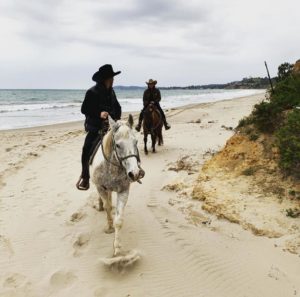