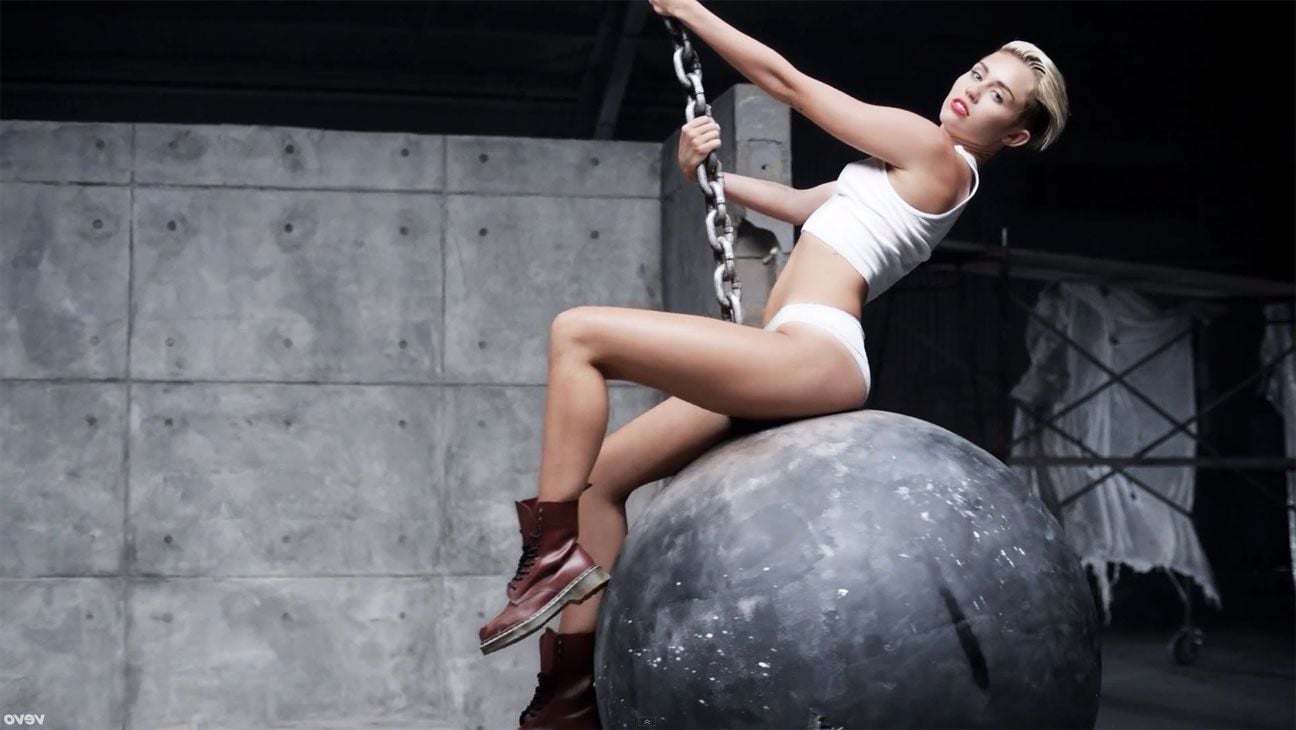 Miley Cyrus doesn’t have a lot of nice things to say about her defining hit. Earlier this year, the pop star was asked to play Marry, Fuck, Kill with “7 Things,” “The Climb” and “Wrecking Ball,” and gave the following answer. “Marry would probably be ‘The Climb’ because it still has a message I’m down with,” she told Zach Sang. “F would be ‘7 Things,’ kill would be ‘Wrecking Ball.’” The reason, it turns out, is the video. “That’s something you can’t take away, swinging around naked on a wrecking ball lives forever.”

“I’m never living that down,” Miley continued. “I will always be the naked girl on the wrecking ball.” She piled on more hate during last night’s episode of The Voice. “I’ve swung naked on a wrecking ball, that’s one of the most embarrassing things I’ve ever done,” the “Malibu” hitmaker told a contestant. It doesn’t look like the 25-year-old will be returning to the wild-child antics of the Bangerz era any time soon. Revisit the magic/embarrassment below.