Lorde just released the music video for “Perfect Places,”and the visual serves as the perfect wistful — if not slightly solitary — complement to the poppy youth anthem about being “nineteen and on fire” and getting away from it all… only to find out that there really are no perfect places.

It is the third single off her album Melodrama, which she co-wrote and produced with Jack Antonoff and Frank Dukes. The Grant Singer-directed clip is visually stunning, with Lorde as the focus with scenes out of a postcard as her backdrop. First, she’s getting lost among tall stalks of grass, and then she’s running on a beach in a red gown. She takes a swim (and a drink) in a stream beside a waterfall, also taking a moment for an oceanside cup of tea. She swings in a tree in the forest, looking every inch the ethereal wood nymph.

When night falls, she wears a ball gown while standing on a rock overlay, overlooking the twilight sky, and then she’s frolicking around a bonfire, shooting a gun and fanning the blaze. The cinematography is truly arresting, but for a song about being young and not giving a fuck about what’s going on in the world, it feels remarkably lonely. She may be getting lost in the moment, but it seems she’s lost alone. Watch up top. 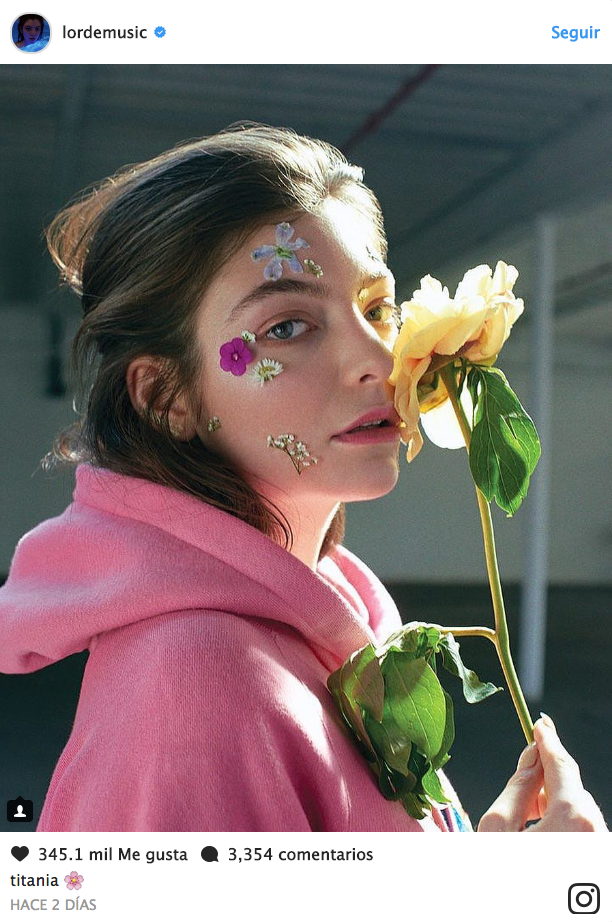