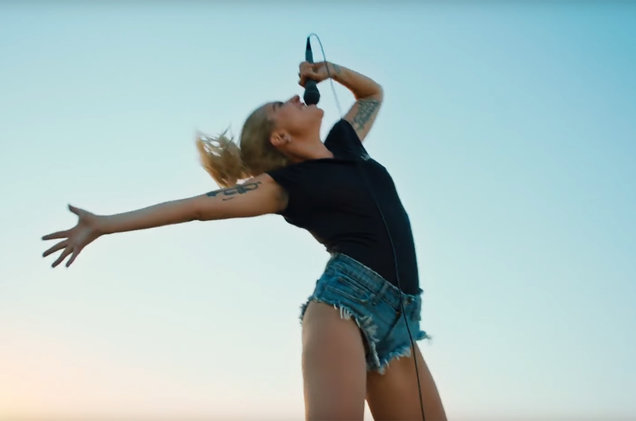 Following much speculation, Lady Gaga confirmed on Thursday (Sept. 29) that she will be performing at the Super Bowl LI halftime show. 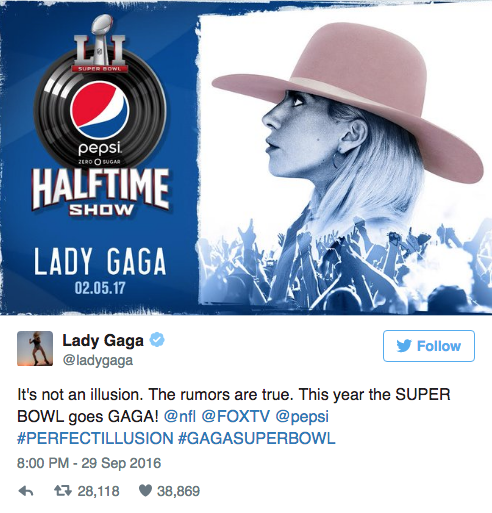 Sources told Billboard earlier this month that Gaga was in talks for the 51st annual Super Bowl slot, scheduled for Feb. 5, 2017 at NRG Stadium in Houston. The singer performed at last year’s golden anniversary, performing the national anthem.Coldplay with guests Beyonce and Bruno Mars filled the half time slot. Gaga is just the fifth woman to headline the Super Bowl halftime show.

Lady Gaga is currently promoting her 5th studio album, Joanne, which hits stores on Oct. 21. The new set has plenty of collaborators onboard, including Florence Welch of Florence + the Machine, Father John Misty, Beck, Mark Ronson, Kevin Parker of Tame Impala and Josh Homme of Queens of the Stone Age. So, she should have no trouble choosing some guests of her own for the big show.

Lady Gaga Will Be the 5th Woman to Headline Super Bowl Halftime Show
CREDITS TO BILLBOARD.-