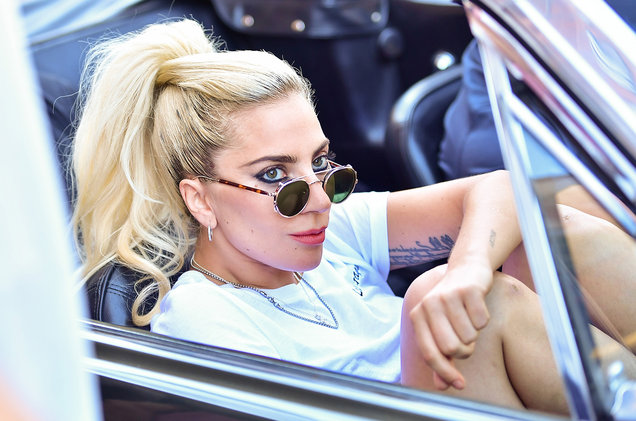 The wait is almost over: Lady Gaga announced on Beats Radio that the name of her new album is Joanne and will be released Oct. 21.

The album title is a tribute to Gaga’s aunt Joanne, who was just 19 when she died of lupus in 1974. One of Gaga’s middle names is Joanne and her dad, Joe Germanotta, named his New York restaurant Joanne Trattoria after his late sister.

In the Thursday (Sept. 15) interview with Zane Lowe on Beats Radio (listen below), Gaga also announced that she’ll be finished with the album in the next 48 hours and that she collaborated with songwriter Hillary Lindsey (Carrie Underwood’s «Jesus, Take the Wheel») on the project.

This is the pop star’s first solo album since 2013’s ARTPOP. There are currently 12 songs on the album’s track list, but Gaga said that might be cut to 11 songs and 14 songs on the deluxe version.

Joanne’s handwriting will be included in the album booklet, along with clippings of Joanne and Gaga’s dad and personal items like her aunt’s driver’s license and photos.

Gaga released the first taste of the project, the single «Perfect Illusion,» last week. The «Illusion» video — which Gaga revealed was directed by fashion photographer and filmmaker Ruth Hogben — will be out soon.