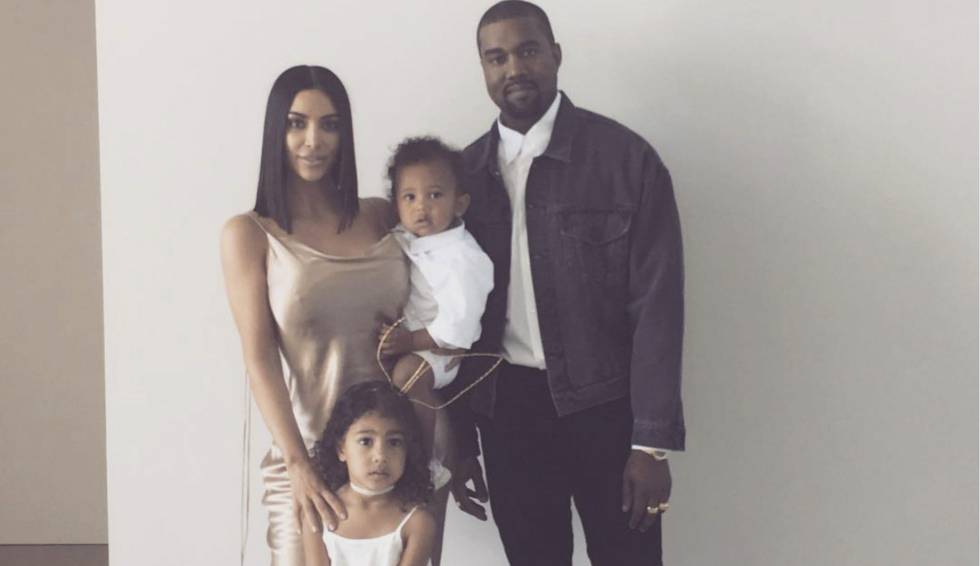 She’s got a name!

After Kim Kardashian and Kanye West announced they welcomed baby No. 3, the E! reality star revealed their daughter’s special moniker. World: Meet Chicago West! Kim shared the name of the baby girl on her app Friday.

«Kanye and I are happy to announce the arrival of our healthy, beautiful baby girl,» Kim revealed on her app Tuesday. «We are incredibly grateful to our surrogate who made our dreams come true with the greatest gift one could give and to our wonderful doctors and nurses for their special care. North and Saint are especially thrilled to welcome their baby sister.» Their daughter was born Jan. 15 at 12:47 a.m. PT and weighed 7 lbs., 6 oz., Kim added.

Kim announced she and her rapper hubby were expecting via surrogate in September 2017, only to accidentally reveal the baby’s sex during an appearance on The Ellen DeGeneres Show. The E! reality star and business mogul also touched on how North and Saint were preparing to welcome a little sister into the fold.

«I don’t know if my son gets it yet. Especially since I don’t have the belly, it is a different experience,» Kim shared, adding that North was «really excited» to meet the baby.

It’s unclear when Kim and Kanye decided on the newborn’s name, but it’s quite possible they waited further into their surrogate’s pregnancy or even held off on choosing until they met their daughter. E! News previously learned that both mom and dad were in the delivery room when their surrogate gave birth, and Kardashian was the first to have skin-to-skin contact with the baby.

«North and Saint are very excited about having a new sister and are very curious and helpful,» the source said. «Kim is feeling blessed and can’t believe she has three kids.»

As Kim explained to Ellen DeGeneresprior to the baby’s birth, «We don’t have a name. At the baby shower, I was like, ‘I don’t want to play any baby games, measuring the belly—none of that will work for this time around. I just want everyone to write a name on a little tile and see if there’s something that sticks.'»North wanted her famous ‘rents to name the baby Star West, but unfortunately Kim wasn’t «vibing on it.» She added, «I do like different names—but short, easy to spell, one syllable. That’s kind of my vibe.»

When Kim gave birth to Saint in 2015, a source told E! News at the time that the toddler’s name was inspired by her rocky second pregnancy. Our insider shared that Kimye landed on Saint since it’s akin to saying he is «a blessing,» especially «because she had such a difficult pregnancy.»

As for Kim and Kanye’s first-born, naming her North was more than just a clever play on geography. «North means highest power,» a source told us at the time. «There is nothing higher than North. And, when it comes to the stars, the sun rises in the East and sets in the West.»It’s safe to say plenty of thought went into naming baby No. 3 as well. Congratulations again to the entire family!