It was nice getting to know Katheryn Hudson a little better on Witness, but Katy Perry makes a welcome return in her “Swish Swish” video. From the slapstick comedy to the celebrity cameos and underdog theme, the Dave Meyers-directed clip is a throwback to the cheery fun of “Hot N Cold,” “Last Friday Night (T.G.I.F.)” and “Roar.” It’s not so much a retreat as a reminder that the goofy, relatable pop star we all know and love is still there. She just has better hair and more to say.

Katy has described the video as depicting “the most absurd [basketball] game of the century” and that sounds about right. The Tigers, led by our brave heroine, take on The Sheep and they get slaughtered. However, like all good sport sagas, there’s a last-minute comeback and the “Bon Appetit” hitmaker’s band of misfits come together to wreak havoc on the court. The video is extremely cute and intensely watchable. I’m just not sure why it took so long to arrive. Anyway, better late than never! Watch up top. 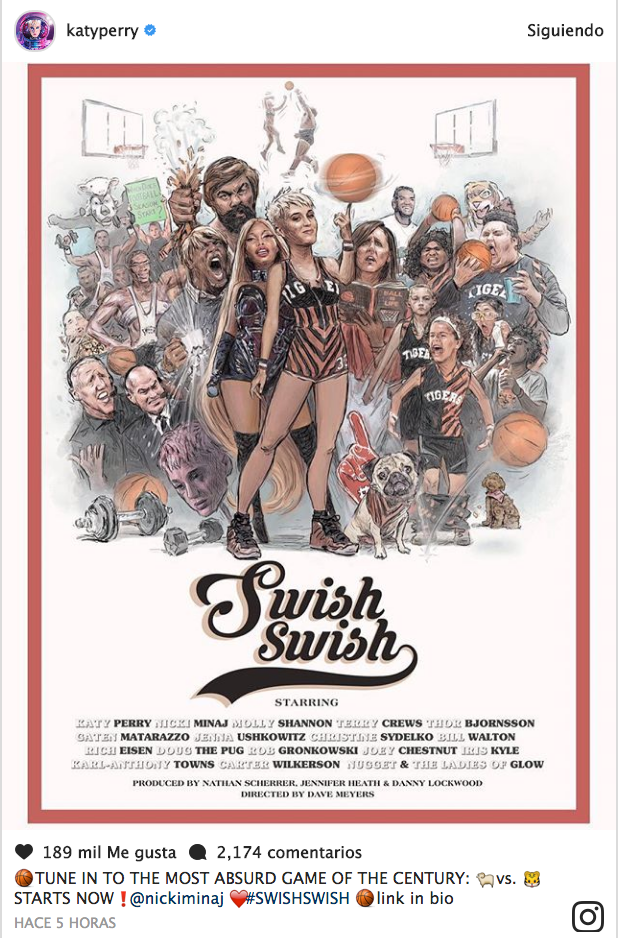