Well, that’s one way to take a mother-daughter photo.

During an appearance on The Late Late Show with James Corden, Oscar winner Jennifer Lawrence shared a unique picture of her and her mom with the audience. In the shot, her mother is holding a glass of wine while sitting in a chair and smirking at the camera. Behind her, Lawrence looks like she is kneeling and smiling at the camera in unison.Unbeknownst to the audience—and her mom sitting there—the star was actually peeing while the photo was taken.»She has no idea, no clue,» Lawrence said of her mama. «I went to pee and my friend got the phone because she knew I was peeing and then we both decided to leave my mom out of it.»

«That’s a very relaxed peeing face,» James Corden observed. «I know how to do it. I’ve done it a lot,» Lawrence quipped. 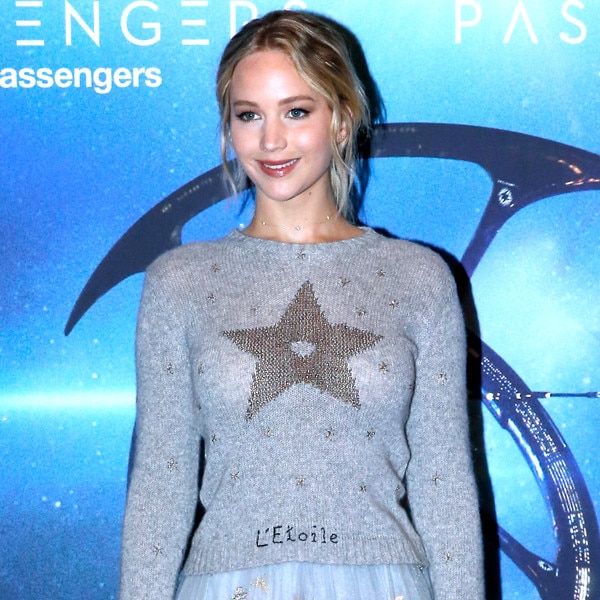 Meanwhile, she hasn’t been making the cut in co-star Christ Pratt‘s photos. Instead, the Passengers star has been purposely—and hilariously—cropping her out of their pictures together on his Instagram feed.Fortunately, with the help of Jimmy Kimmel, Lawrence finally got her revenge when she used a bottle of spray paint to destroy a poster of his face on the side of a bus.
«I feel better,» she said. Upon further reflection, she added, «I should have given him devil eyes, but—you know.»