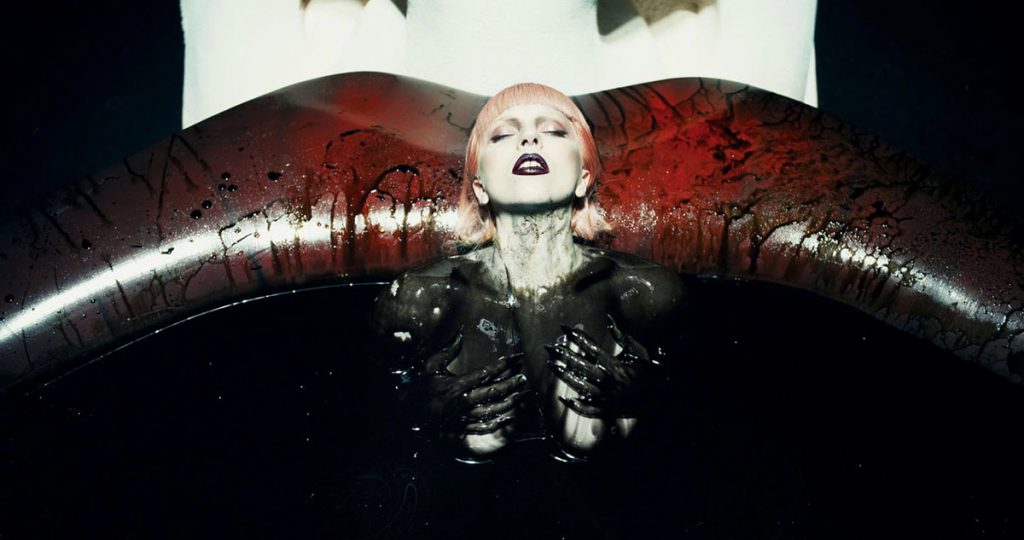 Five years ago fashion photographer Steven Klein directed Lady Gaga‘s FAME, a short film promoting her first fragrance. This was an eight-minute epic that featured black ooze and muscled men scaling a 300-foot-tall gilded Gaga sculpture. Today (May 28), Steven re-posted footage of the film as if it was #TBT. But his caption — “TO BE CONTINUED…..” — has Little Monsters freaking out.

Steven worked with Gaga as recently as 2014, when he shot the album art for her and Tony Bennett‘s Cheek to Cheek. But he is better known for the grimly surreal visuals he created for FAME, which was produced by Ridley Scott and reportedly had a seven-figure-plus budget. “Fame can hold you as a prisoner in certain ways,” he said to The Hollywood Reporter of the ad’s shocking symbolism.

Considering that Gaga’s most recent album, Joanne, was rock ‘n’ roll in efforts to make her seem stripped down, her “Alejandro” era seems like forever ago. But perhaps Steven is helping somehow with Gaga’s A Star Is Born remake, where she appears as a grungy rocker alongside Bradley Cooper. Gaga has also yet to release a video for “The Cure,” which she debuted last month at Coachella.