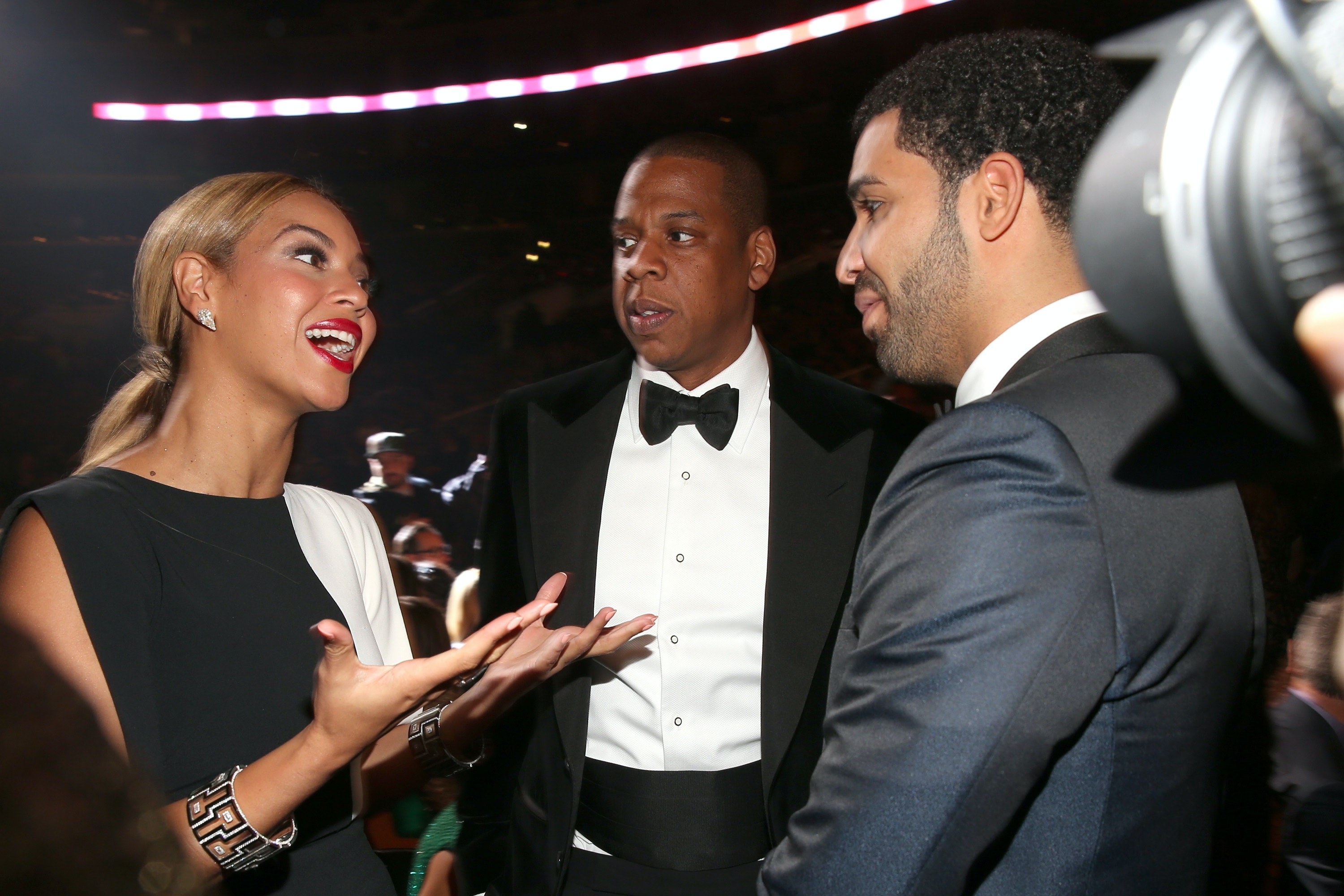 Drake’s respect for music’s leading ladies has always been well-documented — after all, he tattooed R&B darlings Aaliyah and Sade on his body. On Tuesday, he inadvertently upped the ante with a recent photo of his recording studio, which displays a massive painting of Beyonce.

Hanging on the left side of his studio, Beyonce’s gleeful smile adorns the wall. Instead of being amazed at the idea of Drake being in the studio with Baka Not Nice, fans zeroed in on the huge painting. Of course, Twitter applauded Drake for his fandom and appreciation of Queen B.

«Drake has a 6 foot Beyoncé portrait in his recording studio,» reads one tweet.  «Drake has a painting of Beyoncé in his condo/studio, my man better stan,» said another.

If you recall, Drake exuded signs of Beyonce fever when he released his 2013 track «Girls Love Beyonce.» Later in the year, the two mega-stars paired up for Bey’s «Mine.» 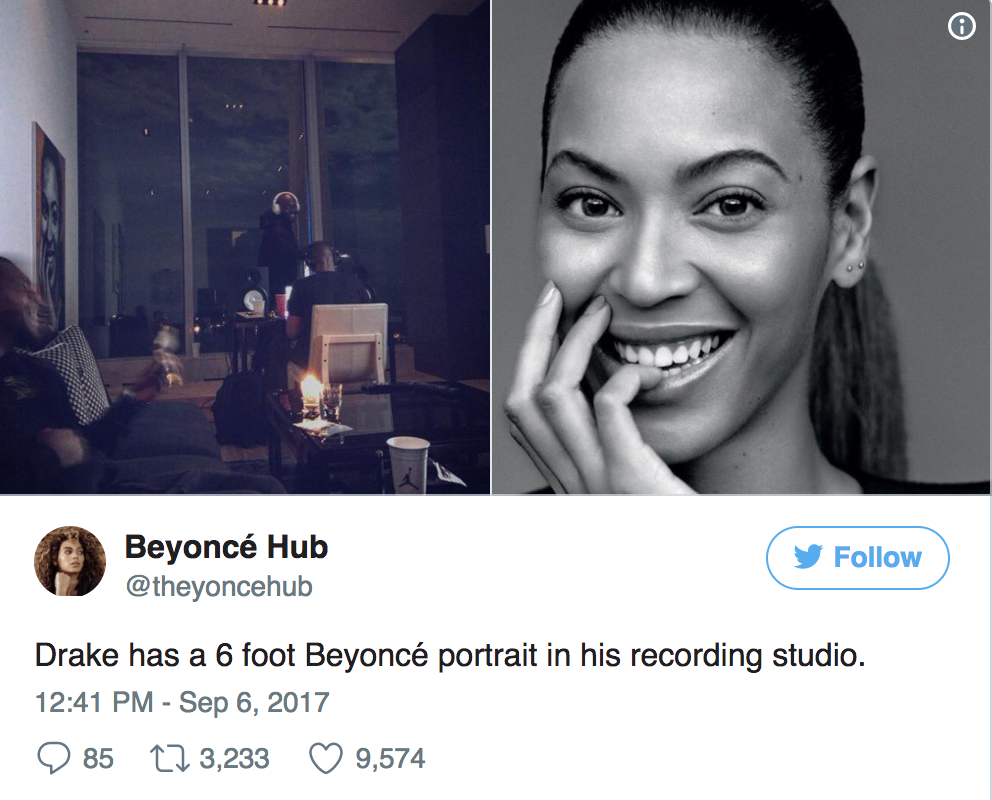