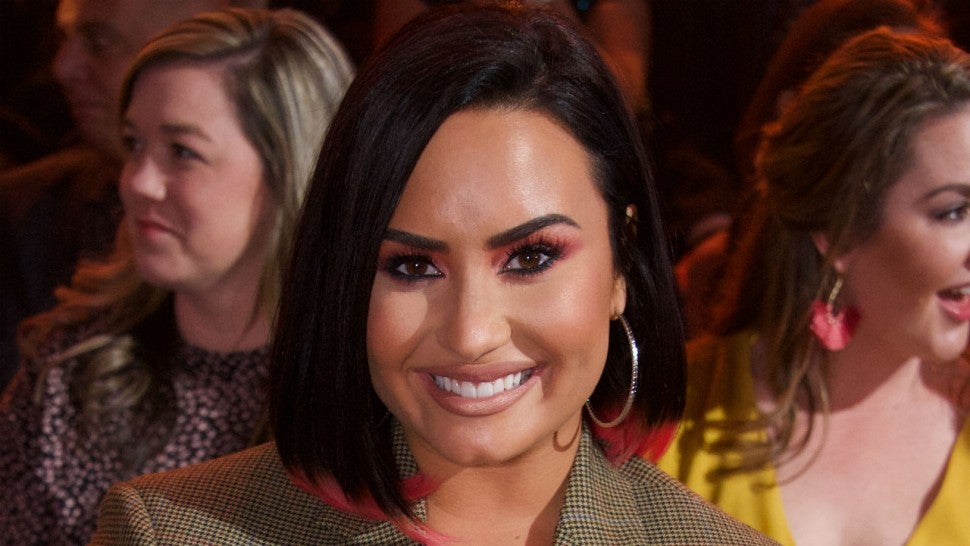 Demi Lovato’s got herself a new man! The 27-year-old singer and actress took to Instagram on Tuesday evening to make things official with Austin Wilson, a Los Angeles-based male model.

The «Confident» singer posted a black-and-white mirror selfie, smiling as a shirtless Wilson leaned in to kiss her cheek. «My ❤️…,» Lovato captioned the post.

Synchronizing the posts, Wilson shared a different mirror shot of himself at the same time. In his picture, the model is hugging Lovato tightly. «My Love,» he captioned the pic.

Prior to the PDA-filled photos, Wilson posted a shot of himself cuddling with Lovato’s dog, Batman, to his Instagram Story on Tuesday.

It’s unclear how the two met, but Wilson was also friends with model Thomas Trussell III, a close friend of Lovato’s who passed away last month after a battle with addiction.

RIP bro I love you so much. I’m so grateful for the times that we had while you were here. You are such a special soul. You had the biggest heart and made everyone feel like a million dollars. I know you’re looking down on us now.

This marks the pop star’s first Instagram-official romance since she started working on her sobriety following an overdose in July 2018. This has included taking frequent breaks from social media.

Lovato has also been busy recording new music and will be guest starring on Will & Grace this season. On Tuesday, she shared some behind-the-scenes footage from the show’s set in celebration of Will & Grace star Megan Mullally’s birthday.

The other leading lady of the NBC sitcom, Debra Messing, even commented on Lovato’s romantic photo with Wilson, writing: «Gorgeous.»

Prior to dating Wilson, Lovato went on several dates with former Bachelorette contestant Mike Johnson, but it seemed he had moved on last month when he asked actress Keke Palmer out on TV.

Though Johnson insisted he doesn’t kiss and tell, he did open up about his brief romance with the singer, saying, «I like her tattoos. We both have a lot of tattoos and she kisses really well…»