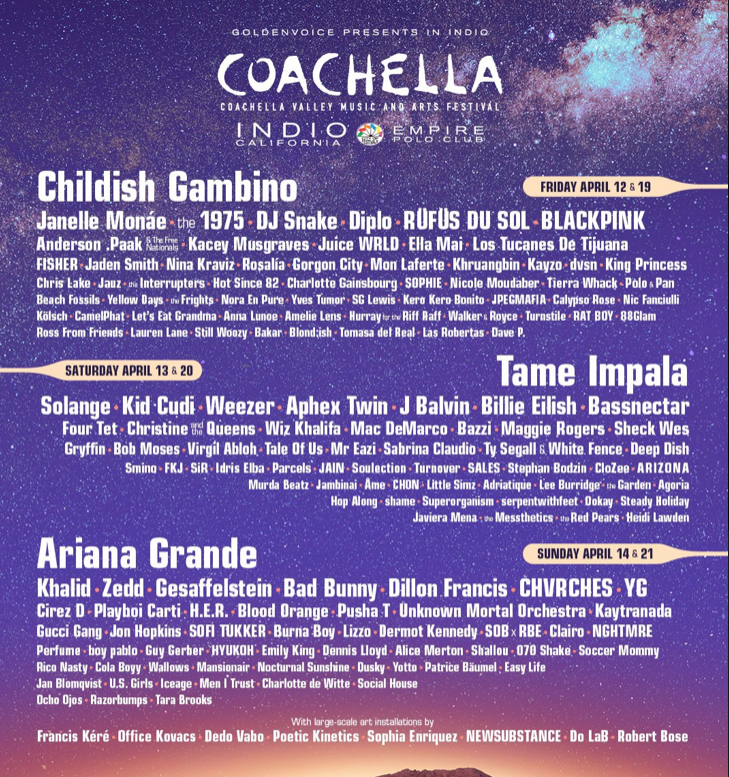 Fans expecting to see Kanye West’s name adorning the top of the line-up have been left disappointed, however. According to a report by TMZ, West was slated to perform but dropped out after a conflict over stage design. Coachella takes place at the Empire Polo Club in Indio, California and runs over two weekends, April 12-14 and April 19-21.

Are you going to Coachella this year? Let us know in the comments.