Charli XCX is back with a perky bop called “Boys,” which finds the Brit singing about her obsession with the men folk over minimal electronic beats. It’s definitely a step closer to mainstream pop after wilding out on her Number 1 Angel mixtape with an instantly hummable chorus and relatable (to at least half of the population) lyrics. She teams up with Sarah McColgan to direct the soon-to-go-viral visual, which challenges gender and music video norms by playfully objectifying a star-studded cast of dudes.

The line-up is seriously impressive. It begins with Joe Jonas hamming it up in a dressing gown, before moving on to famous faces like Brendon Urie, Charlie Puth, DRAM, Flume, G-Eazy, Jack Antonoff, Kaytranada, Khalid, Mark Ronson, MNEK, Portugal. The Man, Sage The Gemini, Stormzy, THEY, Ty Dolla $ign, Vance Joy, Ezra Koenig, will.i.am and Wiz Khalifa. Diplo, however, steals the show by using puppies as free weights. Oh, and he’s shirtless because those abs take a lot of effort and deserve to be seen.

“[This] is my favorite music video I’ve ever made,” Charli says of the uplifting visual. “I just wanna say a big thanks to all the boys involved, for totally embracing and understanding my vision and being excited by the concept. p.s. no boys were harmed in the making of this video.” “Boys” was co-written with LAUV and Emily Warren, and is the next single from the Brit’s third LP (due later this year). Watch up top. 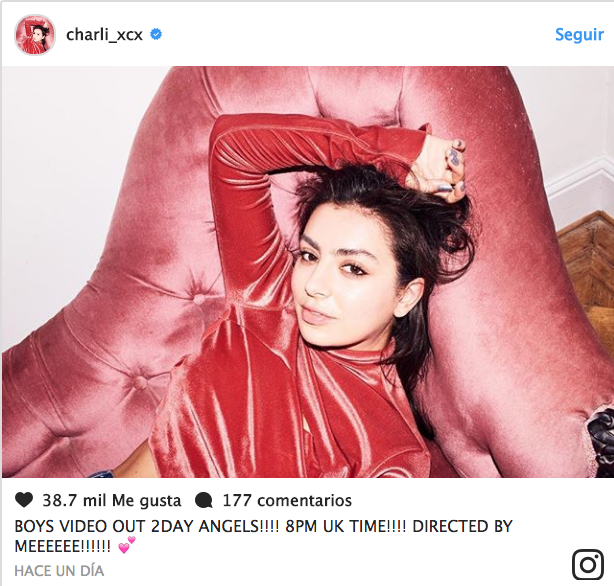