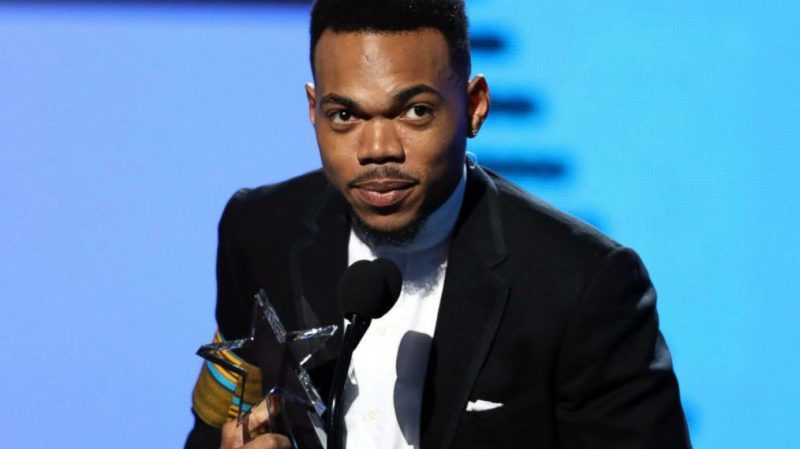 Chance the Rapper was honored with the Humanitarian Award at the 2017 BET Awards tonight for «positively impacting both local and national communities.»

It was a big night for the young star, who  took home Best New Artist earlier in the night. The rapper was also nominated for Album of the Year, Best Male Hip-Hop Artist and Best Collaboration.

Chairman and Chief Executive Officer of BET Debra L. Lee presented the 24-year-old, who is the youngest recipient of the honor to date, with the award.

«Tonight we honor a young man from the Chi and honestly I love everything about him. He created his own path to the charts and took that same creativity to help children,» Lee said. «He’s not afraid to speak out for people who can’t speak for themselves.»

Chance even got a very special intro from the former First Lady Michelle Obama, who said she’d known the Chicago-native for years.

When Chance, who brought his mom Lisa Bennett as his date, accepted the award, he said, «This is wildly overwhelming. I didn’t think it was going to be this crazy.»

The humble star added, «I am 24 and to be receiving something like this at my age…it feels a little early to get something like this but my God doesn’t make mistakes and I like to think that he’s putting this enormous pressure on me to see how I react.»

Then the humanitarian challenged the Chicago public school systems, judges and the criminal justice system to make some drastic changes.

In March, Chance donated $1 million to Chicago Public Schools and additionally raised more than $2 million for the public schools through his Social Works organization. Past recipients of the BET Humanitarian Award include Al Sharpton, Quincy Jones, and Muhammad Ali. And as if you couldn’t love him more, Chance brought his mom along to the star-studded award show.

Additionally, New Edition was the recipient of the Lifetime Achievement Award at the award show, which is currently in its 17th year.