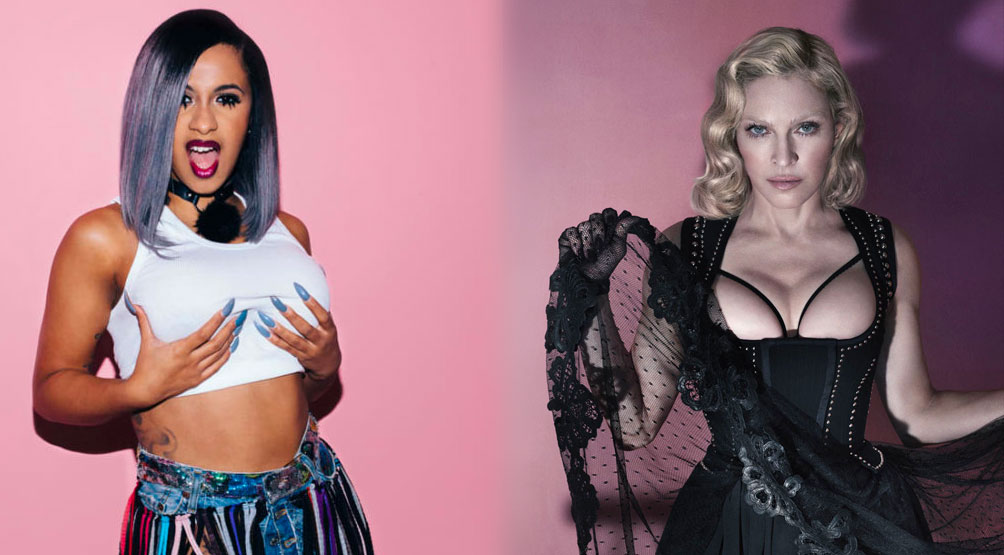 It has been a memorable 48 hours for Cardi B. After following each other on Instagram, the breakout rapper finally got to meet Madonna in person when she performed at the Queen of Pop’s Oscar party. They posed for photos beforehand and got along famously. “I met my real life IDOL @madonna,” the “Bodak Yellow” chart-topper captioned an Instagram pic. “I can’t even believe I performed at her event and it was the most meaningful performance ever. I grew up with my mom listening to Madonna for hours.”

“I performed Material Girl freshman year in High school, listen to her on all my photo shoots to have super confidence and always mentioned her in my interviews,” She continued. “The best part about it is she was everything I thought she would be a Liberal Kick ass feminist bitch.” This will only add fuel to the rumors that they are collaborating on Madonna’s new album. But that’s not all. Cardi also announced the release date of her “Bartier Cardi” video. It will premiere during Monday’s (March 12) Love & Hip Hop Reunion on VH1. See the announcement below.

🚨 BARDI GANG 🚨 Get ready for the WORLD PREMIERE music video of @IAmCardiB's #BartierCardi during the #LHHReunion NEXT MONDAY at 8/7c only on BH1…we mean @VH1 🍾 pic.twitter.com/9PuNsCHsRh