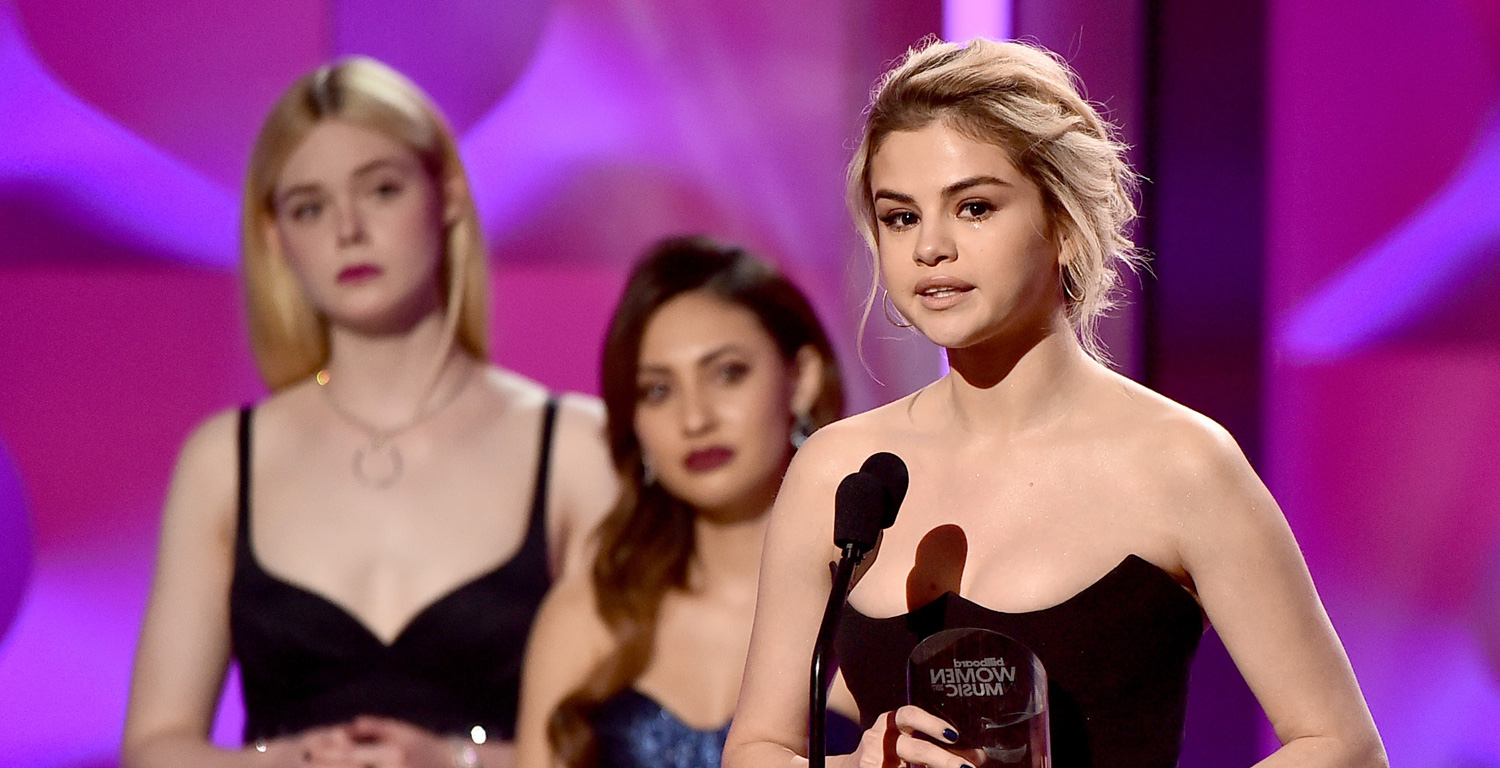 Billboard Women in Music 2017 has come to an end, but not without making an incredibly inspiring mark on another amazing year in the industry. As Camila Cabello, Mary J Blige, Kelly Clarkson, Kehlani, Solange, Grace VanderWaal, Selena Gomez, and Atlantic Records COO Julie Greenwald accepted their awards, they acknowledged that this year has been a meaningful one for women in the music business, as females young and old have continued to pave the way for progress.

“Now more than ever, it’s incumbent on every one of us to raise up the next generation of female leaders, so at the future Women in Music events, the executive of the year will stand up here and thank a woman for being her mentor,” Greenwald, who was named Executive of the Year, stressed in her speech. “Now it’s time to change the industry for the better. It’s all right here, in how we support each other, in how we’re committed to providing young women with a safer environment free from harassment and discrimination.”

That message of empowerment came before and after Greenwald’s time on stage, and in different forms. Cabello accepted her Breakthrough Artist Award first, performing a jazzy rendition of her smash hit «Havana» before dedicating her speech to her mom, who advises, «Whenever you’re the most afraid, that’s when you’ve gotta make the jump.» Blige also touched on her personal journey while accepting the Icon Award, highlighting the responsibility she feels to help people get through whatever situation they may be in: «I’m a fighter, I’m here, and I’m out here fighting for you.”

Clarkson’s speech was the most specific when it came to women supporting women, as she discussed the impact of her American Music Awards-opening performance with P!nk a couple weeks prior. «It was more or less a positive situation of women coming together and not being pitted against one another. I’m so tired watching it,” she said following a stunning performance of her new song “Meaning of Life.» «Just accept the fact that there’s room for everyone… Once women start really respecting each other as artists, then men will.”

After Greenwald — who was presented her award by Atlantic Records superstar Ed Sheeran — delivered her “lift each other up” message, another Atlantic artist, Kehlani, took the stage to sing an acoustic version of her hit “Honey.” While accepting the Rule Breaker Award, Kehlani expressed how important it is for artists to be outspoken. Next, the American Express Impact Award recipient Solange exclaimed about the change she’s seeing in the industry and how artists are creating their own standards. «It’s a new goddamn day and I’m loving it,” she said.

As the night came winding down, VanderWaal sang her latest single “Moonlight” beautifully in the event’s final performance, later choking up as she accepted her Rising Star Award from America’s Got Talent judge Heidi Klum. “Seeing all these women come up here tonight and say these beautiful speeches with their awards is so inspiring,” she told the crowd, then paying tribute to those who have helped her get to that point.

VanderWaal’s heartfelt speech already had folks emotional, but once it was Selena Gomez’s turn to accept the biggest honor of the night, Woman of the Year, there wasn’t a dry eye in the building. Her friend and former costar Elle Fanning started out Gomez’s introduction, applauding her for using her trials and tribulations to help others feel stronger. Then, actress Francia Raisa — who donated her kidney to Gomez — discussed the procedure and how she “didn’t think twice” about helping out her best friend.

Upon accepting her Woman of the Year award from Raisa, Gomez immediately teared up. “I think Francia should be getting this award because, she saved my life,” she said. Gomez continued by thanking her other friends and family who helped her through her rather tough year, and on top of that, her peers in the music business for keeping her spirits up.

“I’ve never felt more proud to be a woman in the industry than I do today, and that’s because I actually feel comfortable with every single woman that has encouraged me,» she declared. «But how crucial it is that the voices that are being heard for the first time is so great, and I’m so grateful for all the older women who have lifted all of us up, because I couldn’t be here without any of you. So thank you for all of you who have inspired so many girls who don’t feel like they have a voice.»