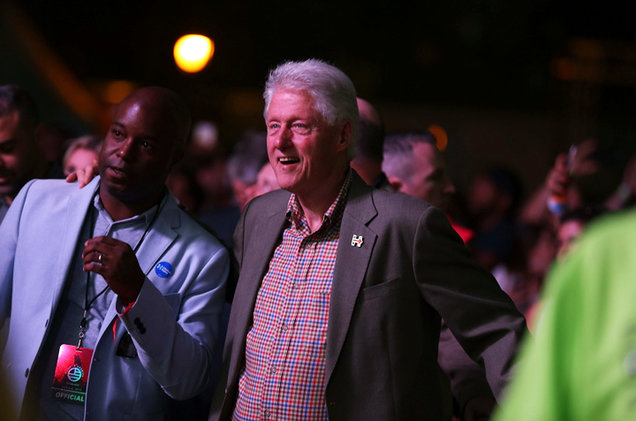 Bill Clinton has made a surprise appearance at the Made in America festival in Philadelphia.Clinton stopped by the annual festival on Sunday (Sept. 4) to register people to vote in the upcoming presidential election.

While he was there, he took photosand chatted with festivalgoers. He was also seen chatting backstage with Jay Z and Beyonce.

The Budweiser Made in America Festival, now in its fifth year, is a Labor Day tradition in the city.

Seventy artists are performing on multiple stages during the two-day festival, which began on Saturday.