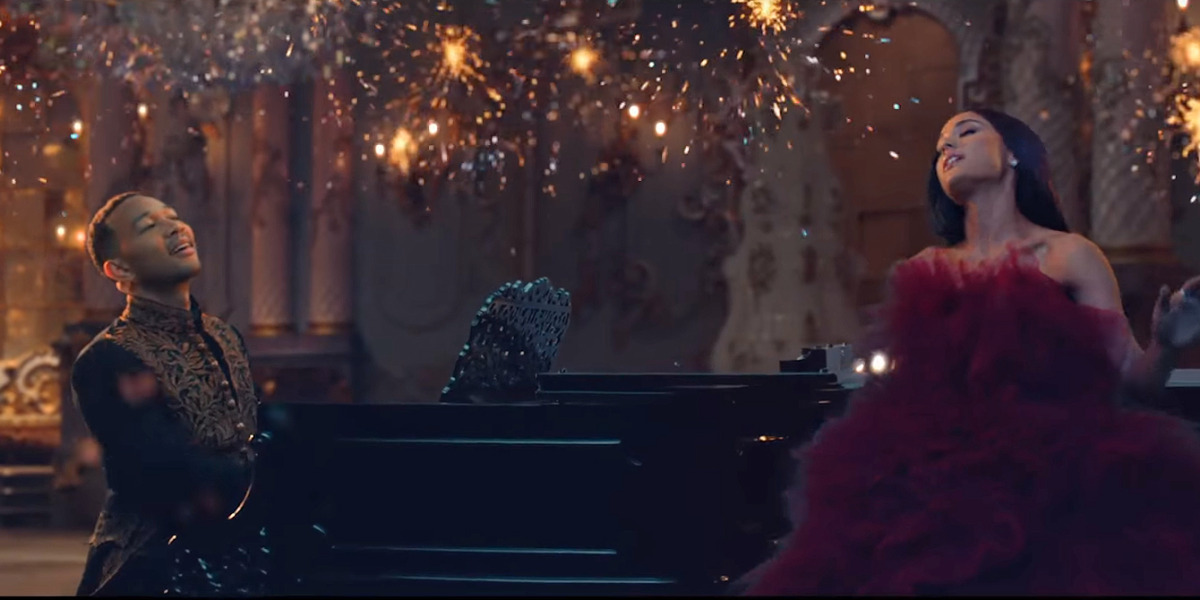 Ariana Grande and John Legend‘s brand new music video for “Beauty and the Beast” just debuted!. The song is the title song in the live action Disney movie Beauty and the Beast, which will debut later this month in theaters! In the video, Ariana and John are seen accompanying Belle and the Beast as they dance together on the dance floor

“Beauty and the Beast” is available to buy on iTunes – be sure to check it out!