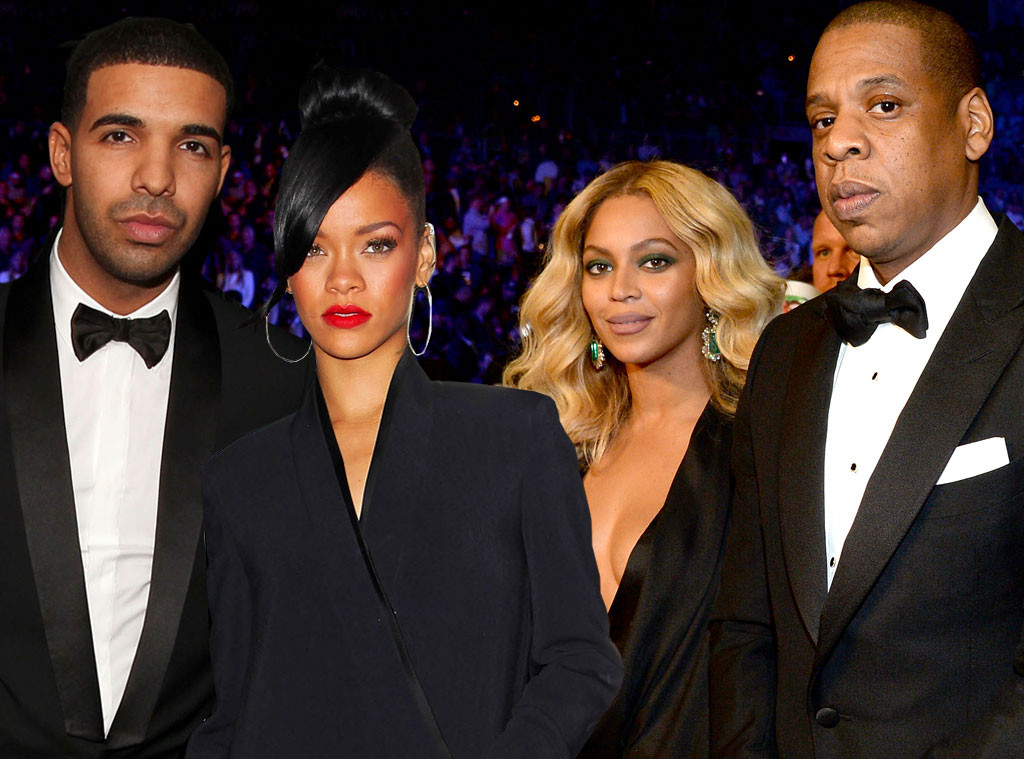 We’re not sure how long this round of Rihanna and Drake will last, but if these two stars choose to really see where this could go, there’s a chance they could be the next Beyoncé andJay Z. Hear us out…

From the moment Bey and Jay went public as an item over 10 years ago, they’ve been the epitome of #relationshipgoals. Even Queen B’s Lemonade, which sparked speculation of infidelity in her high-profile marriage, didn’t just make this pair some serious money and become the center of pop culture news, but it also showed her relationship with Hov is now stronger than ever.

And now, we’ve come back to the world where RiRi and Drizzy are a thing, and if you really take a second to compare these two famous couples, they have a lot in common.

Here are eight reasons why Rihanna and Drake could be the next Bey and Jay:

1. Privacy Is Key: If you recall, Bey and Jay kept their relationship on the D-L for quite some time before making their red carpet debut as a couple, and Rihanna and Drake are doing the same thing. They hardly ever come out and say something about their relationship. They just tease us with special appearances at concerts and some paparazzi shots while out on the town.

2. They Make Musical Magic: Obviously, we know of Beyoncé and Jay Z’s collaborations («Bonnie & Clyde,» «Crazy in Love,» «Drunk in Love,» and so many more!), and Drizzy and RiRi are right there with them. The pair have teamed up on four songs so far, and each one has become a huge hit. From «Take Care» and «What’s My Name» to «Work» and «Too Good,» this duo has proven that when they hit the studio together, magic happens. And when they appear in the correlating music videos, no one can deny their chemistry.

3. They Have Undeniable Chemistry: Speaking of, the attraction between these two cannot be ignored. Do you see the way they dance with each other or the smirks on their faces when they’re on stage during surprise concert appearances? It’s absolutely adorable (but also kind of like—ugh, get a room). You know which other pair have undeniable chemistry when they’re together? Bey and Jay. 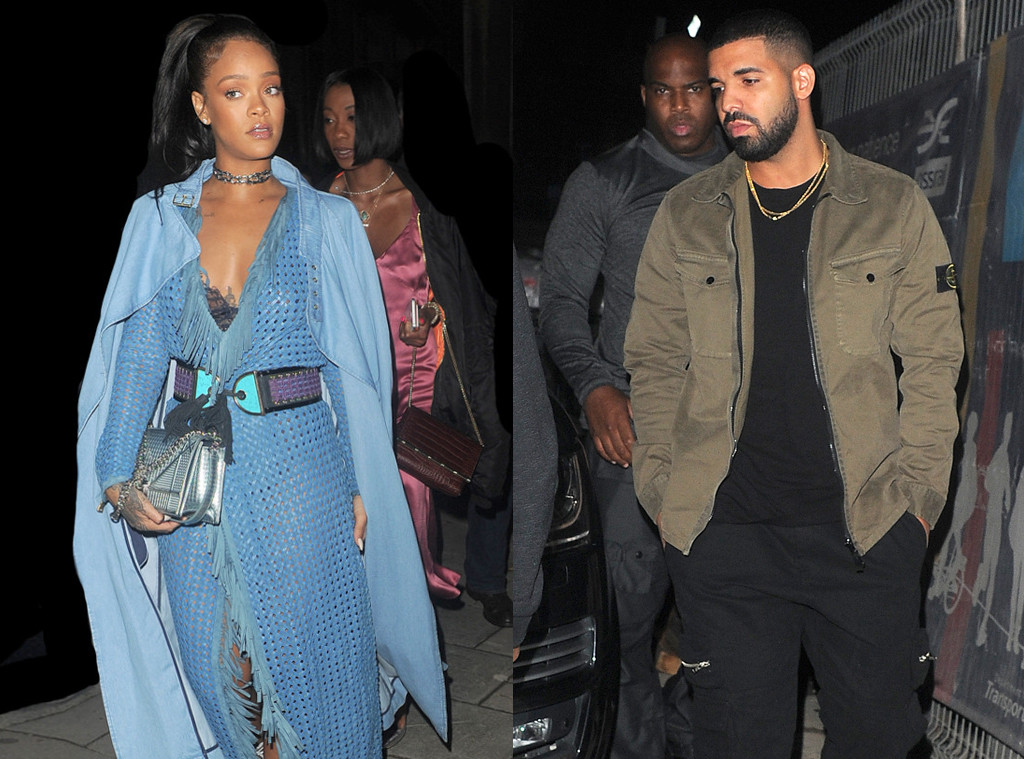 4. They’re Both Super Successful: Rih is currently traveling the world and singing her heart out to sold-out arenas for her Anti world tour. Her latest album reached outrageous numbers and continues to blow other hits out of the water on the radio. Drake is gearing up for his Summer Sixteen tour with Future after dropping his recent album Views, which has climbed the chartsto the No. 1 spot. Plus, you know you’re reaching for at least one of their lyrics when it comes to captioning your Instagram pics. If that’s not a sign of success, we don’t know what is.

5. They Have Their Own Empires: Aside from the music, each star has their own brand and empire that is on the rise. Rihanna dipped into the fashion industry with her own clothing line, as well as huge collaborations with designers like Manolo Blahnik, a perfume line and even dabbles in film and TV. Drake has his OVOXO brand, which includes fashion and pop-up shops around the country, as well as his career in acting and now, becoming a part owner of the Toronto Raptors.

6. Drake Name-Drops Rihanna in Songs: Drizzy isn’t afraid to put his girl’s name on blast in his music, and although he’s famous for talking about different women in his tracks, there’s something different about this one. In his latest track «Hype,» you hear Drake say, «They want to be on TV right next to me/ You cannot be right here next to me/ Don‘t you see RiRi right next to me?» Guess who also always hollers at his girl «B» in his rhymes? That’s right—Jay. 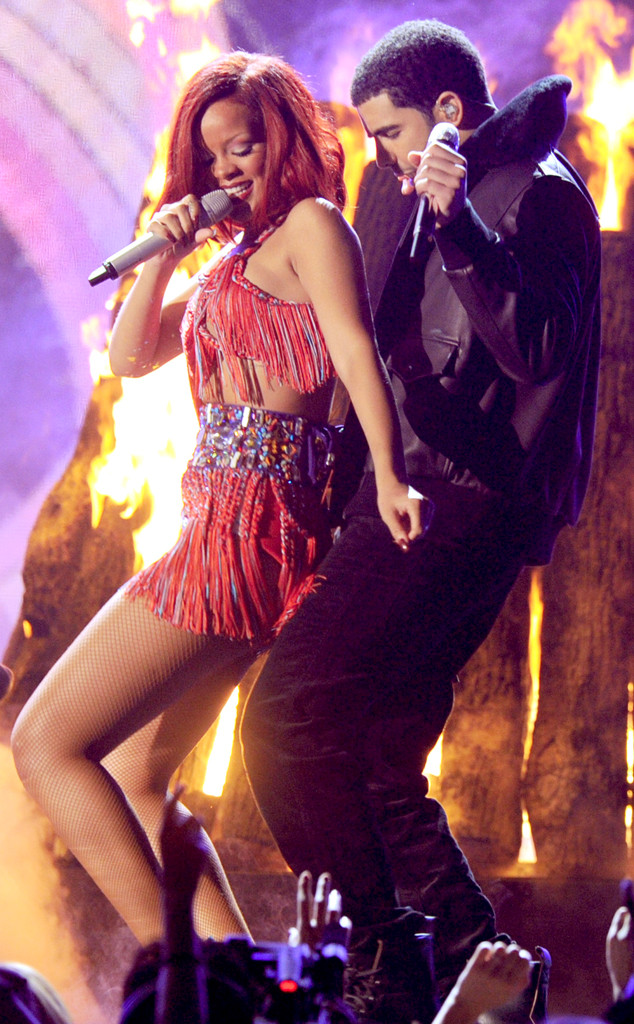 7. They’re Present on Each Others’ Social Media: Although these two lovebirds are notorious for keeping the details of their relationship private, they have graced each others’ social media pages. The most recent post was a bittersweet photo telling the story of a fan who passed away after losing a battle to cancer.

«I had the pleasure of meeting an angel on earth! After my show in Miami, @champagnepapi introduced me to Megan! She’s inspired me so much with her strength and her perspective on life! So fearless and kind! It’s heavy news that I can’t slide in your DMs anymore like I used to!! There was always a smile waiting for me there! You brightened any day! Rest up baby girl! We will miss you!!» Rihanna wrote with a picture of the trio.

8. Just Like Jay, Drake Has to Try Hard to Win His Girl’s Heart: The back and forth between Drake and Rihanna is no secret, and Drizzy has openly said the Barbados beauty has broken his heart. But he doesn’t give up on trying to win her over, and that’s a little reminiscent of Bey and Jay’s love story, too.

Jay told Vanity Fair a few years back that when he and Beyoncé were both featured on the cover of Vanity Fair’s 2001 Music Issue «we were just beginning to try to date each other.»

He explained, «Well, you know, you’ve got to try first. You got to dazzle…wine and dine.» The article goes on to state that Hov «‘of course’ pursued Beyoncé, and when asked if he hadn’t been Jay Z—say, he had been a gas-station attendant and she pulled up—would he have been able to date her, he responds, ‘If I’m as cool as I am, yes. But she’s a charming Southern girl, you know, she’s not impressed…But I would have definitely had to be this cool.'»

So, do you agree with the idea that Drake and RiRi could be the next Bey and Jay?