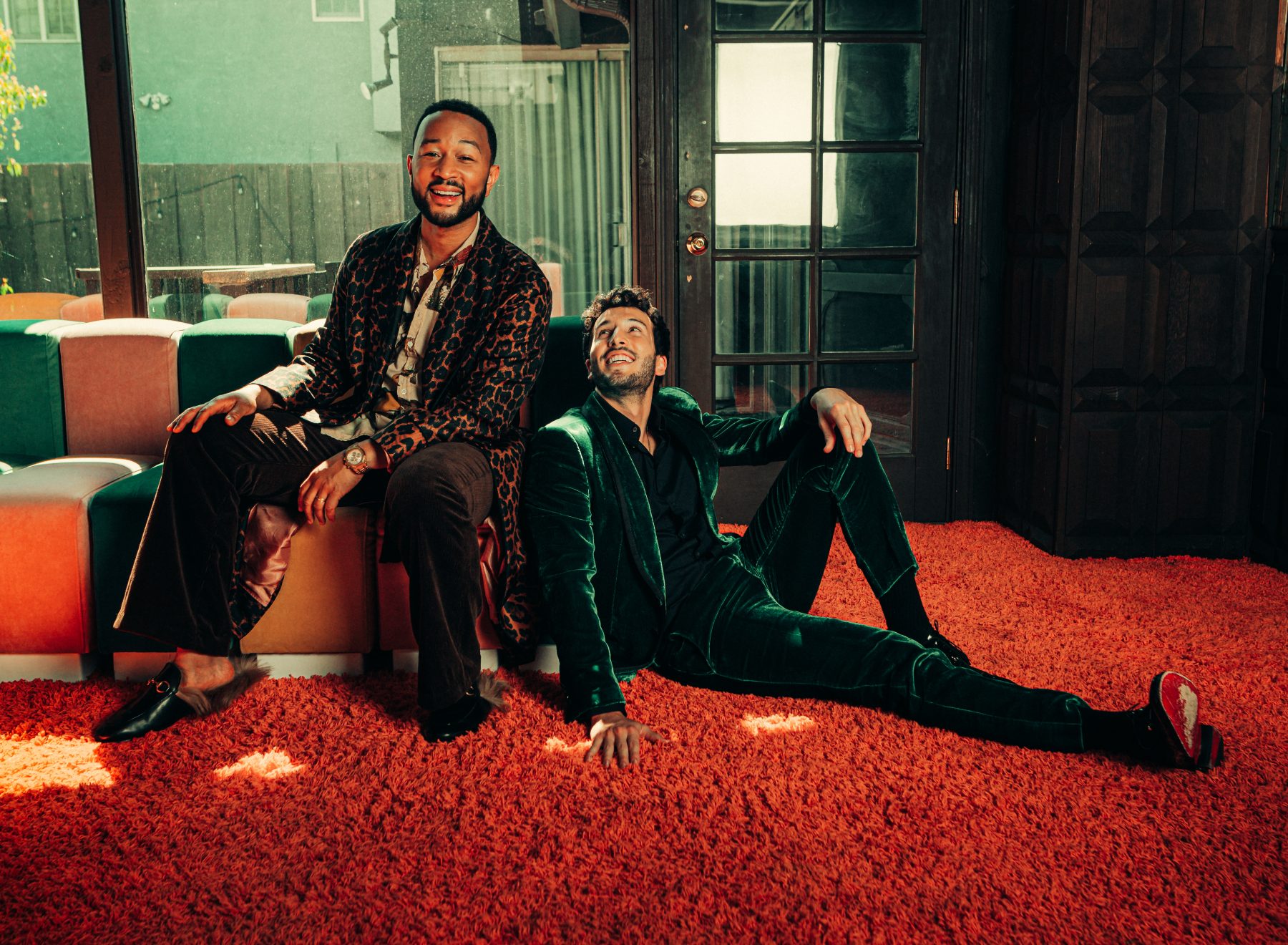 The video for this version was shot in Los Angeles and we see Yatra and Legend -who are neighbors in the video clip- talking about that girl who dances reggaeton with red heels that drives the Colombian crazy.

Also several scenes of the visual production remind us of the famous movie/musical «La La Land».

Sebastián Yatra said that although the song has the energy of the original version, he considers it a completely new song.

«It has the joy of the original track, but for me it’s a completely new song. It sounds like it was created this way. It was meant to have John’s voice on it along with mine,» Yatra said via a statement.

What seems to have captivated Legend to share his voice on the track is the energy it conveys.

«Red Heels has a beautiful, upbeat vibe. It’s about meeting someone who brings love, light and charm into your life,» John Legend said via a statement.

Those «Red High Heels» that captivated Sebastian Yatra.
Legend says that this was the first time he tried to translate a song from Spanish to English and in which he could preserve not only the metric but the sonority of the original. This was one of the American’s biggest challenges, he says.

«It was already an amazing single, but this is the first time I’ve tried to translate a Spanish song into English. It’s not a simple conversion of words. You have to translate the feeling and reshape it and adapt the language so that it flows naturally and feels like an original English song,» Legend said.

«Creating this version together with John has been a beautiful experience,» the Colombian said through a statement.

«The fact that he sings a song that I wrote, these melodies and this message of love makes me very happy and is rewarding for me both personally and professionally,» he added.

The success of «Tacones Rojos».
The track is part of «Dharma», Yatra’s third album production, which according to his record label (Universal Music) is the most played Latin album on Spotify so far.

«I wrote this album with all the lessons that this last year has left me… this big process of life that I’ve had, to really follow my heart and do the things that I want to do, that I am born and that are natural to me, not to create so many obstacles for fear, to follow my spirit,» Yatra told Zona Pop CNN about «Dharma.»

In the U.S. it has been certified platinum by the RIAA.