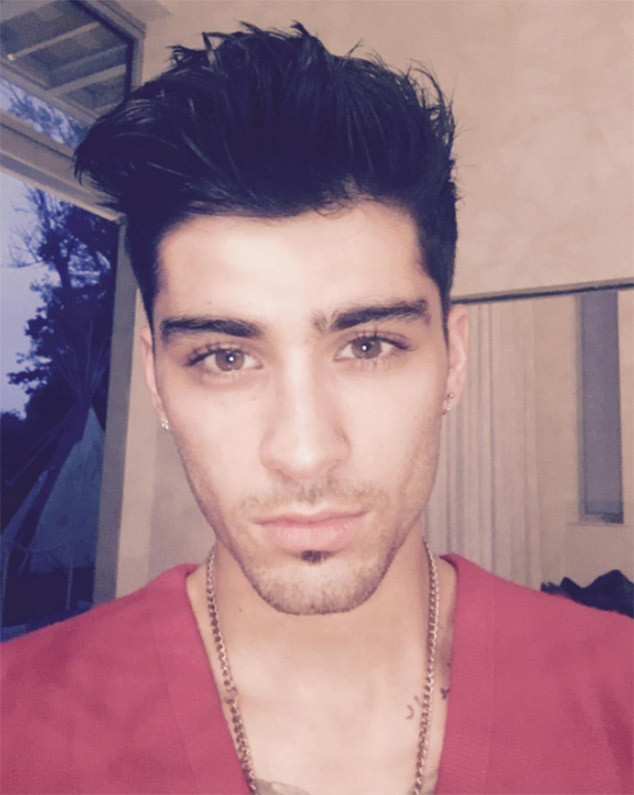 Zayn Malik has found himself in a hairy situation…or maybe we should say ahairless situation!Similar to his ex-bandmate Harry Styles, the former One Direction singer made headlines and sent fans into a frenzy of commentary on Thursday after debuting a major hair change on his Instagram: he shaved off his beard!Yes, after rocking lots of facial hair for quite some time, Zayn shared a selfie featuring a clean-shaven face with just a small patch of hair below his lower lip and a little bit of stubble on the rest of his face.

Though Gigi Hadid’s boyfriend didn’t caption the photo, he didn’t need to…fans did it for him: «Wow Gigi is lucky,» one fan commented, while another added, «WTF why does my baby look so damn sexy!»

Fans have’t gone this wild over hair since Harry Styles chopped his locks off earlier this year.In May, the 1D member posted a photo of his hand holding his braided ponytail while giving a thumbs up. «Whoops,» he captioned the Instagram pic. «#Littleprincesstrust.»
The great chop was for charity, which excused anyone of getting too upset. «A little while back he had expressed an interest in supporting us,» Wendy Tarplee Morris, co-founder and manager of the Little Princess Trust, said on the U.K.’s This Morning. «Then all of a sudden he did it.» The trust collects donated hair to create wigs for children battling cancer.Despite the good cause, when we scrolled through the tweets attached to#RIPHarrysHair shortly after the news broke, people went to great lengths (pun intended) to tearfully bid adieu to his tresses.Luckily, it seems fans have taken a different approach toward Zayn’s change-up, welcoming the new, clean look with open arms!