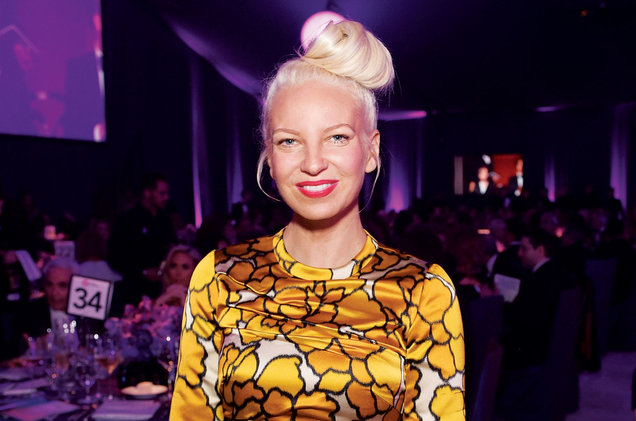 Though the fourth quarter is considered the most fertile for potential Oscar releases, there already is a “luxury of riches” — as one Academy Awards voter puts it — when it comes to best original song prospects.

Leading the contender charge for the Feb. 26 ceremony is Sia, who has co-written three strong potential entries, including “Unforgettable“ from Pixar’s Finding Dory and “Try Everything” from Disney’s Zootopia. She also will have another song — her fourth — eligible from Lion, which opens Nov. 25.

“Sia could have a category of her own,” says new Academy of Motion Picture Arts and Sciences member-at-large Mike Knobloch, president of film music and publishing for Universal Pictures, who worked with the Australian artist on 50 Shades of Grey. “There’s something amazing and cinematic about her music.”

Surveying movies that have opened theatrically by Sept. 30, hopefuls include songs from Sing Street, Audrie and Daisy, Jim: The James Foley Story, Storks, Indignation, Queen of Katwe and Deepwater Horizon. And never discount Alan Menken, who has the most Oscars of any living person — he has a good shot with “The Great Beyond” from Sausage Party.

Further down the calendar, likely nominees include multiple songs from Damien Chazelle’s musical La La Land and Disney’s Moana featuring songs written by Lin-Manuel Miranda, as well as Sing’s “Faith,” Stevie Wonder’s first new song for a film since 1991’s Jungle Fever; Hidden Figures’ “I See a Victory” by Pharrell Williams, whose “Happy” from Despicable Me 2 was a 2014 Oscar nominee; and Trolls, which includes Justin Timberlake’s equally irresistible “Can’t Stop the Feeling!,” co-written with Max Martin and Shellback.

Says songwriter and first-time voter Taura Stinson, whose “Champions” from Hands of Stone, co-written with Usher, Ruben Blades and Raphael Saadiq, is also a contender: “I’m looking for story in song, the melody and how it fits into the script. I’m not going to be wooed by radio play. I’m a big fan of, ‘Does it have its rightful place?’”