Before she was Posh Spice, Mrs. Beckham or the name behind 2011’s Designer Brand of the Year, Victoria Beckham was Victoria Adams, an aspiring performer with little notion of the famous life ahead of her.

In a letter to her 18-year-old self for British Vogue‘s October issue, the now 42-year-old mother of four addressed a handful of moments responsible for shaping the pop culture icon the world knows today, including her drunken introduction to her future husband, her acne-ridden days as a college student and her early penchant for making a fashion statement no matter the occasion.

«Learn more about football, especially the offside rule,» she instructed herself in a cheeky reference to David Beckham’s well-known soccer career. «And yes, love at first sight does exist. It will happen to you in the Manchester United players’ lounge – although you will get a little drunk, so exact details are hazy.» 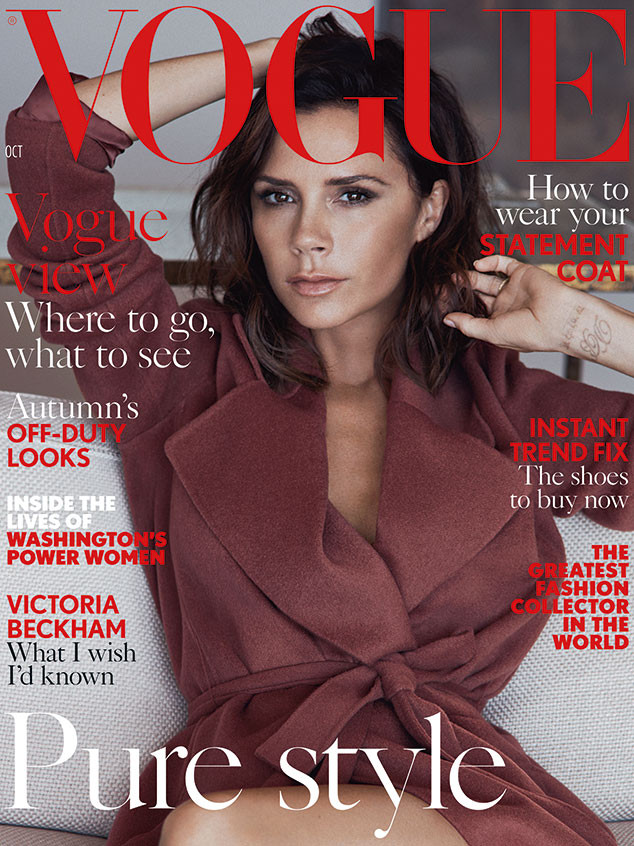 After nearly two decades of marriage, it seems no amount of alcohol can make Victoria forget how she first laid eyes on her man—or who was more famous at the time.

«While the other football players stand at the bar drinking with their mates, you will see David standing aside with his family. (He’s not even in the first team at this stage – you are the famous one.) And he has such a cute smile. You, too, are close to your family, and you will think how similar he feels to you. He’s going to ask for your number. (He still has the London-to-Manchester plane ticket on which you wrote it.)» she wrote in the magazine.

Though she celebrated great fame and success as a member of the Spice Girls clan, Victoria didn’t always see herself as a star.

«I know you are struggling right now,» she wrote, recollecting her difficult college days. «You are not the prettiest, or the thinnest, or the best at dancing at the Laine Theatre Arts college. You have never properly fitted in, although you are sharing your Surrey school digs with really nice girls. You have bad acne. You think the principal has put you at the back of the end-of-year show (in a humiliatingly bright purple Lycra leotard) because you are too plump to go at the front. (This may or may not be true.)» the letter continued.

Unbeknownst to the teenage dancer, Victoria would join the girl group just two years later and quickly make a splash in her standout ensembles.

«You are going to have so much fun with your clothes – PVC catsuits; chokers that say absurd things; weird spiky blonde hair,» the celebrated designer wrote. «It will never occur to you that you appear ridiculous. You will turn up at awards ceremonies resembling a drag queen. But I look back at you and smile. It will add interest to your life to go from one extreme to another. I love the fact that you will feel free to express yourself.»

While her career, style and last name have all changed over the years, Victoria acknowledges one thing has remained constant: «You will never be one of those people who just roll out of bed.»