0
And suddenly we forget how to swim…

The very first trailer for Baywatch dropped today, and let’s just say this particular group of lifeguards are quite a bit sicker than your average. Both Zac Efronand Dwayne Johnson are featured in the sneak peek, but it’s either star’s gym-toned six-pack and arms that really caused a major splash for moviegoers.

The lifeguards need to «restore the Baywatch brand»—and their buff bods may be the ticket. 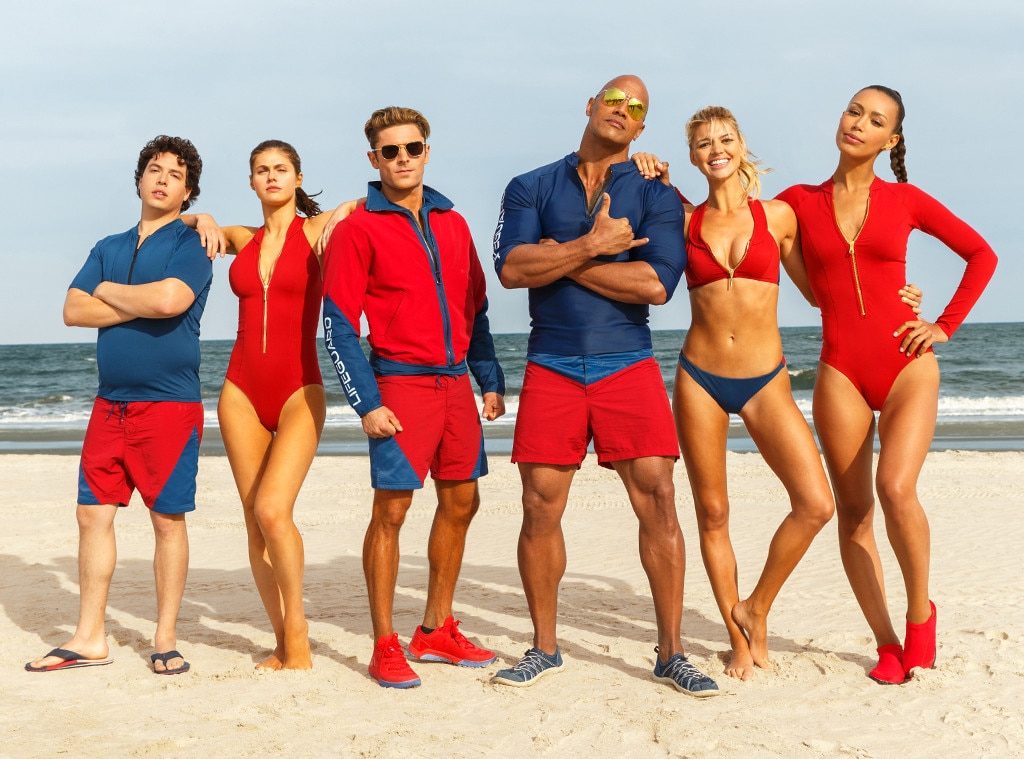 E! News recently caught up with both Priyanka and Kelly for some top secret dish on Baywatch. The Quantico actress will take on Johnson and his lifeguard squad as the film’s titular villain, a role she couldn’t bear to pass up: «How many people take on ‘The Rock?!’ See, that’ll be a notch on my list.»

Chopra added, «I think Baywatch will be a summer blockbuster and I’m not just saying it because I’m in it. I saw a bunch of scenes right now and it’s the funniest movie ever. Dwayne and Zac Efron have the best chemistry, and I come and interrupt their chemistry.»

As for Rohrbach, she’ll tackle Anderson’s character CJ Parker. Of picking the perfect beachwear for the role, Kelly told E! News’ Marc Malkin, «It was a process… We re-tailored it and restructured it 10 different times…They wanted to revamp it and make it modern. They added zippers. At first there was a collar and we took that off so we sort of played around with it. It took us about a month to get it right.»

The beach babe also called the movie «really» R-rated, explaining, «My romantic interest Jon Bass has a really funny scene with something getting stuck in a beach chair.»

Something tells us we’ll have to wait for Baywatch to hit on theaters May 19, 2017 for that cringe-worthy part.