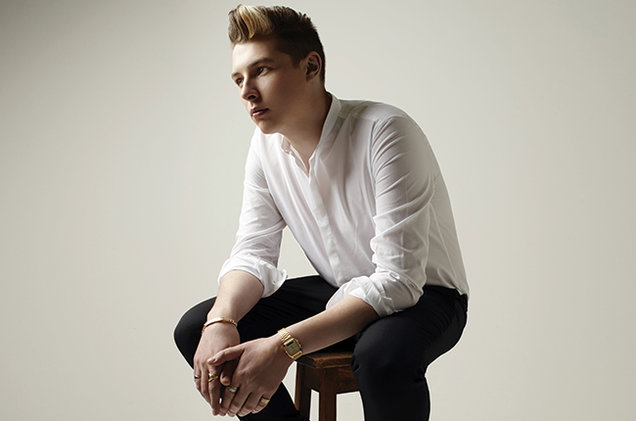 British pop singer-songwriter John Newman announced Wednesday that he is battling a second brain tumor, four years after having an operation to remove an earlier tumor.

“There was always a chance that it could return and it is unfortunate but it is something I am prepared to get through when the time is right,” Newman posted on Twitter. “I just hope this in some way helps raise awareness for those people (without good prognoses) and encourages people to be tested and treated as early as possible. I am one of the lucky ones!”

Newman is best known for his original hit “Love Me Again,” as well as his work onCalvin Harris’ “Blame” and “Faith” and Rudimental’s “Feel the Love” and “Not Giving In.” The singer is now looking forward to the video release for his latest single «Ole,» another collab with Harris.

Read his full message below: 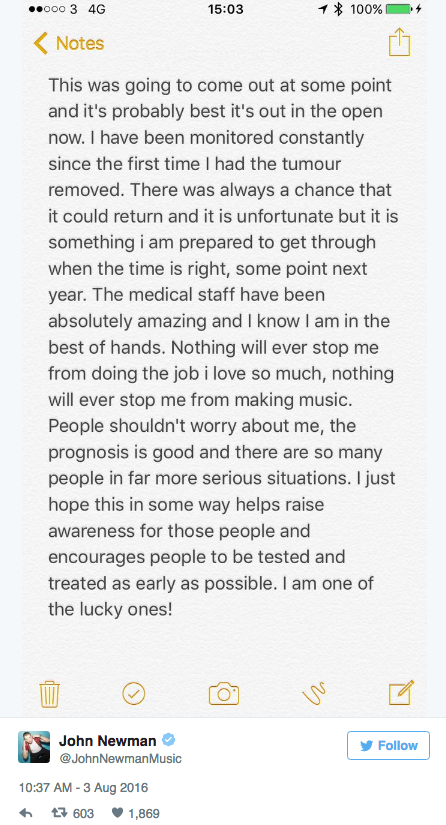