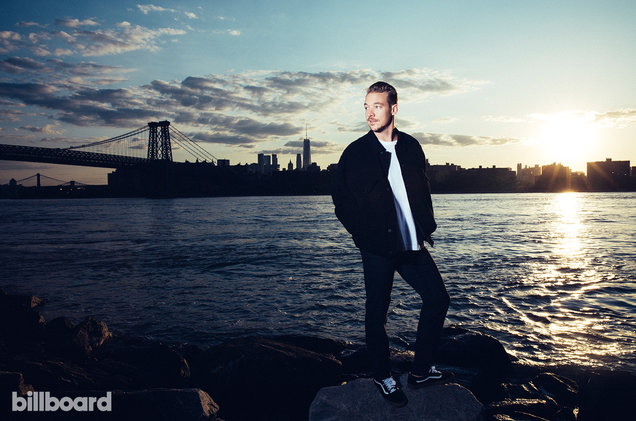 In the last 18 months, Diplo‘s production has been ubiquitous at pop’s highest levels — see hits like Jack Ü’s «Where Are Ü Now» (which peaked at No. 8 on the Hot 100),Major Lazer‘s «Lean On» (No. 4), and Beyoncé‘s «Hold Up» (No. 13). But Diplo — who’s named Artist Of The Year in Billboard‘s new Dance Power list — is hardly an overnight top 40 success; he moved gradually into the mainstream, amassing an impressive series of credits over time. His early work often drew from the sound of international dance sub-genres. His open ears and versatility proved to be an asset — when electronic music entered its major crossover phase, he was well-suited to work with pop artists looking to expand their sound. Here’s a look back at some of his lesser-known productions:

Diplo worked with M.I.A. several times before the two concocted “Paper Planes,” which went on to become a top five pop hit. The frenetic “Bucky Done Gun” represented the start of their studio collaborations.

Diplo produced three songs on Santigold’s eponymous 2008 release, including “Unstoppable,” which Drake later sampled on his So Far Gone mixtape. Diplo reappeared as a producer on several tracks from Santigold’s Master Of My Make-Believe as well.

Body Talk Pt. 1 helped reestablish Robyn as a dominant force in America: it contained “Dancing On My Own,” one of her most popular songs. Diplo also has a credit on “Criminal Intent” from Body Talk Pt. 2.

Diplo produced this one with Afrojack and Freeschool, and the result still sounds strange and hypnotic years later. It went on to became a top ten pop hit, buoyed by Busta Rhymes’ stunning display of rapping speed.

Diplo first connected with Beyoncé back in 2010 for the martial, brassy “End Of Time.”This year, he appeared twice in the credits for Lemonade

This is one of Diplo’s finest productions – it came together with Ariel Rechtshaid, who has also earned acclaim for his work with Haim and Vampire Weekend. Usher’s ventures into gleaming electronic soundscapes have been uneven, but this is a seamless fusion.

This song was co-written by The-Dream, and Diplo helped out with the production. It’s a great combination of their strengths – delicate melodies from one, unpredictable drums from the other.

Diplo landed a credit on Mars’ debut album. You can hear his arena-dance style pulling against Mars’ whiplash funk groove

Tamar Braxton – “One on One Fun”

Listen to the seeds of “Look At Me Now” and “Climax” in this beat: the backbone is composed of the same sort of rising synth tones.

Diplo tried something a little different on this song, updating a power ballad form with stuttering electronics.

Diplo had a number of credits on Madonna’s Rebel Heart album. One of the strongest cuts he worked on was the nu-house track “Living For Love,” which found him collaborating once again with Rechtshaid.

Diplo lent a beat to Bieber for the Journals album. Though the project was overlooked at the time, it provided much of the vocal foundation for the highly successful follow-up,Purpose. Bieber and Diplo also famously collaborated on “Where Are U Now,” a top ten pop hit.