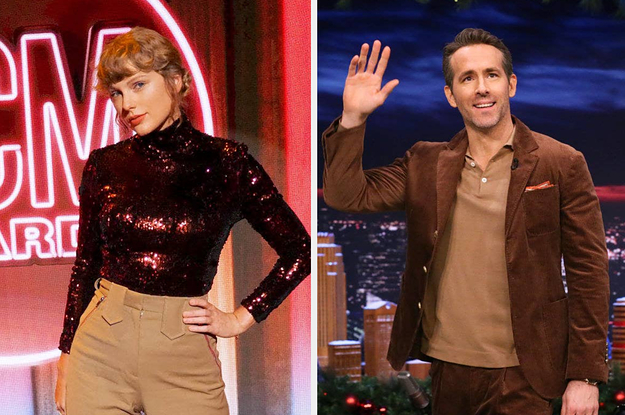 Taylor Swift has lent the re-recorded version of her hit song “Love Story” to a new ad for Match, starring Ryan Reynolds. This is the first time Swift has unveiled one of her re-recorded songs publicly.

Swift wrote on Twitter: “OK, so while my new re-records are NOT done, my friend @VancityReynolds asked me if he could use a snippet of one for a LOLsome commercial he wrote.”

Okay so while my new re-records are NOT done, my friend @VancityReynolds asked me if he could use a snippet of one for a LOLsome commercial he wrote so…here’s a sneak peak of Love Story! Working hard to get the music to you soon!! https://t.co/0vBFXxaRXR

Swift first announced that she would be re-recording her first six albums in August 2019, following the multi-million-dollar acquisition of her original masters by Scooter Braun. Braun assumed ownership of Swift’s original recordings after his company Ithaca Holdings acquired Big Machine Label Group, the record label that released every Swift album through 2017’s Reputation. Last month, Variety reported that Braun had sold the Swift catalog to Shamrock Holdings, a private equity company, as part of a package deal said to be worth $300 million.

Since the buyout in summer 2019, Swift has repeatedly railed against both Braun and Scott Borchetta, the founder of Big Machine who originally signed her to the label. Although Swift has conceded that Big Machine did give her the opportunity to buy back her masters, it was under the condition that she sign back to BM rather than migrate to her new label, Republic, which she refused. The BM deal would have also required her to turn in a new album in order to receive an original album master back, meaning she would have had to produce six additional albums for BM in order to regain full ownership of her music.