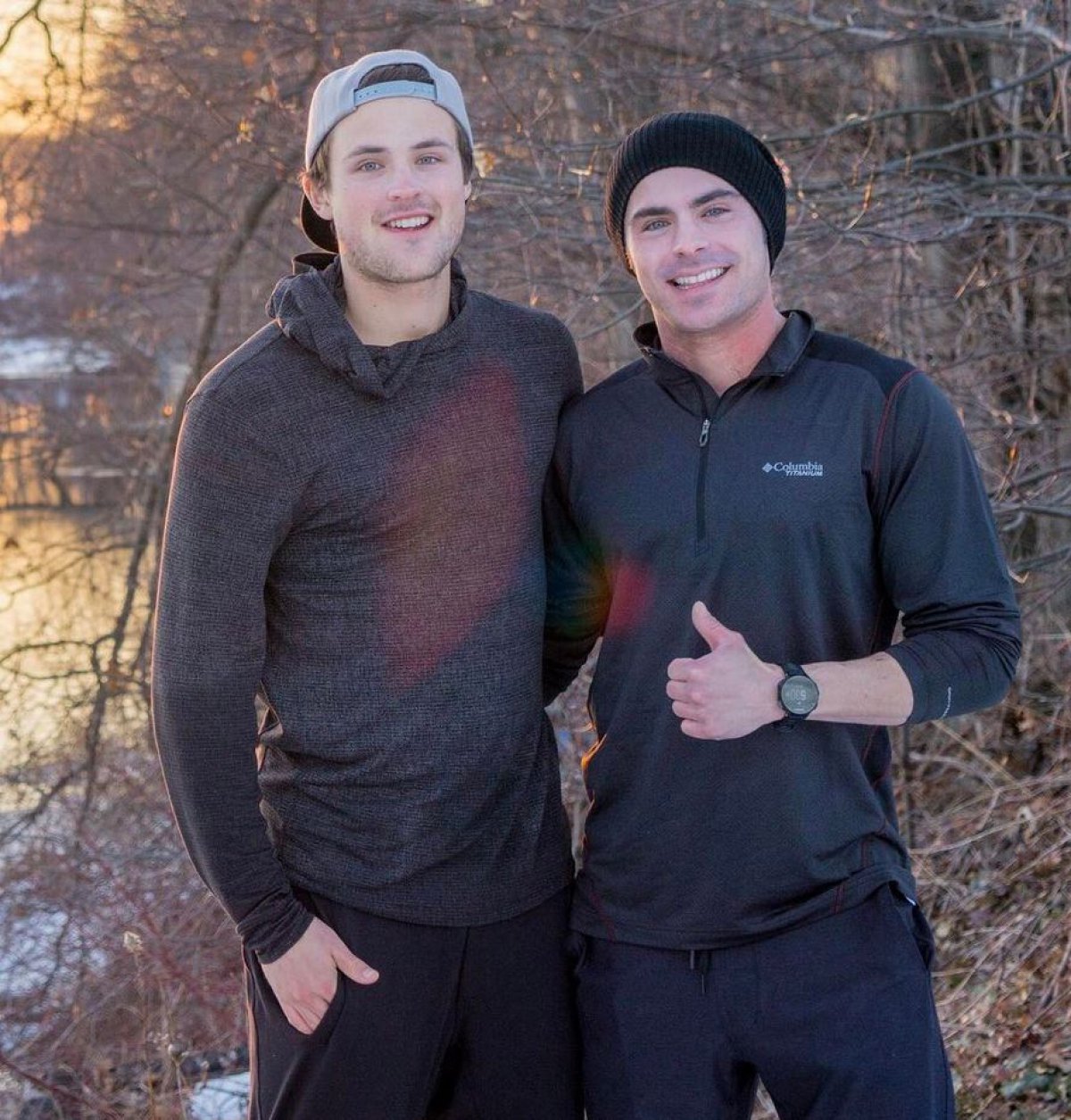 It may have been raining in Boston, but that didn’t dampen Zac Efron‘s spirits.

The 30-year-old actor withstood the dreary weather to cheer on his younger brother Dylan Efron, who was running the Boston Marathon.

Dressed in a black raincoat, Zac was clearly proud of his brother. In a video of Dylan crossing the finish line, Zac can be heard yelling, «Yeah, Dylan! Yeah, let’s go, dude! Yeah, dude!»

He also posted a sweet video of the two brothers hugging after the race.

«‘What’s the point of all the finish lines we cross in life if there’s no one there to celebrate with?'» he wrote in the caption of the Instagram video. «This used to get me down when I felt alone—There’s many reasons BTW—Ima be at every [race] with you from here until forever, Brother. Congrats @dylandefron #marathon #bostonmarathon #letsgo.»

“What’s the point of all the finish lines we cross in life if there’s no one there to celebrate with?” This used to get me down when I felt alone- There’s many reasons BTW❤️😎🙏 – Ima be at every 🏁 with you from here until forever, Brother. Congrats @dylanefron #marathon #bostonstrong #bostonmarathon #letsgo 🏃

Dylan was also clearly thrilled to have his brother’s support.

«First Boston marathon [check],» he wrote on Instagram. «Cold, windy, rainy…but what a memorable day. @zacefron and @coourtking waiting for me at the finish was all the motivation I needed.»

Broadway on Broadway! James Corden had some fun with the stars of The Greatest Showman during Thursday night’s Late Late Show. Zac Efron, Zendaya, and Hugh Jackman all joined the British host for his popular segment “Crosswalk Musical.”

As the group prepared for their performance in the streets of New York City, there was some tension between Jackman and Corden.

“I’ve always admired what James has done on the crosswalk. It’s super clear that he has a great mind for theater. I have a feeling with my input, we can really take this thing to the next level,” Jackman said before trying to offer Corden some advice.

When they started feuding, Corden mocked the Wolverine star, joking, “Why don’t get you get your claws out, you great sissy?”

But the pair moved past their tiff, putting on the show. Despite the actors’ enthusiasm, some seemed confused by the entire concept.

“This is not the best way to do a musical, or cross the street,” a concerned Efron said. “I was skeptical at first. Definitely, still skeptical.”

Zendaya added, “That was amazing. It exceeded all of my expectations. That being said, there was a mugging going on that we did absolutely nothing about. Other than that, it was great.”

Watch the clip to see the funny sketch!