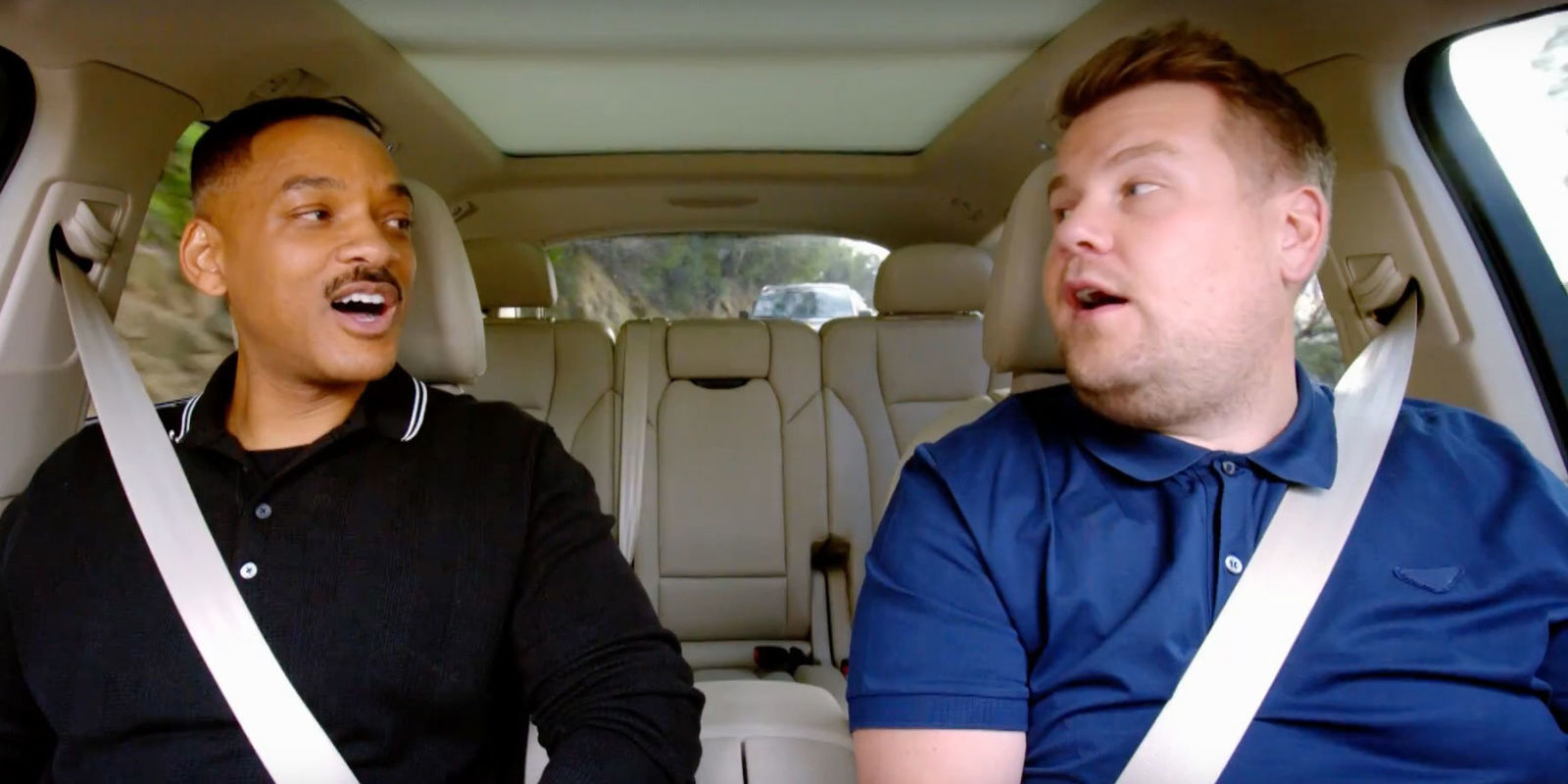 On your mark, ready, set, let’s go! Will Smith and James Corden are taking to the road in the new Carpool Karaoke series for Apple Music.

The pair started things off by jamming out to “Getting Jiggy With It,” before Corden interrupted Smith in the middle of his pig Latin verse.

“It feels like it’s such a big tune. I feel like we need more. I’ve actually been working on this new surround sound system,” Corden insisted.

The British late night host then brought out a full marching band to perform with Smith as the pair of funnyman climbed out of the car’s sunroof to continue singing the song.

Corden also asked Smith about his start as a rapper.

And while Corden and Smith had fun spitting lyrics “Big Willie Style,” they weren’t the only celebs involved in the new spin-off series.

Will Smith and comic legend Chris Rock sat down to recall their experience of racism for a film that will accompany Jay-Z’s new track, called, “The Story Of O.J.” The eight-minute-documentary is called, “Footnotes For The Story Of OJ,” and it expands on themes present in Jay’s new song.

The central focus of the movie will deal with why African-Americans are victims of inequality and prejudice.

As for who will be in the short production, “Footnotes For The Story Of OJ” will feature many cameos including, Mahershala Ali, Kendrick Lamar, Trevor Noah, and Christopher Darden, who was one of the prosecuting lawyers in the infamous O.J. Simpson trial.

In the film, Will says, “I knew young that if I thought of myself as somehow less than somebody else I was going to build a life that was less.”

Chris tells a scary story about how his mother in South Carolina was forced to go to the veterinary for a dental treatment because black people weren’t allowed to go to the dentist.

He said, “They wouldn’t let black people go to the dentist. So all the black people in town got their teeth taken out by the vet.”

In the film, Jay said that black celebrities need to stay true to their roots because wealth will not always insulate them.

When talking about the cases of O.J. Simpson and Tiger Woods, he says they are accepted by white American society than were brought to their knees by legal trouble.

He explained, “we tend to, as black people, cause we never had anything, which is understandable, we get to a place, and we just think we separate ourselves from the culture.”

And that same person when he’s playing golf and playing high, you’re protected. When you’re not, they’re going to put pictures of you drunk driving and like embarrass you. That world will eat you up and spit you out.”

And what Jay-Z fails to understand is that when you’re on top, and you’re successful as a person, everyone wants to see you fail, regardless of your skin color. Your own mother doesn’t want you to be too successful because she’s afraid you might not call her back again.
Twitter
Facebook
Instagram