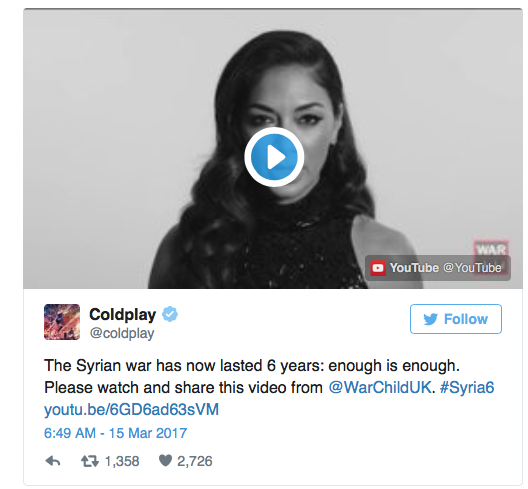 The video’s release on Tuesday (March 14) coincided with the launch of a new report from War Child: «Six Years on – A War on Syria’s Children,» which chronicles the more than 400,000 people who’ve been killed — including nearly 55,000 children — since the Syrian war began on March 15, 2011. According to War Child: «Fatima and her family were forced to flee their home when conflict broke out in Syria, and she now lives as a refugee in Jordan. Fatima describes the trauma that her family has been forced to endure, losing their homes, livelihoods, and Fatima’s brother, who was killed in the conflict.»