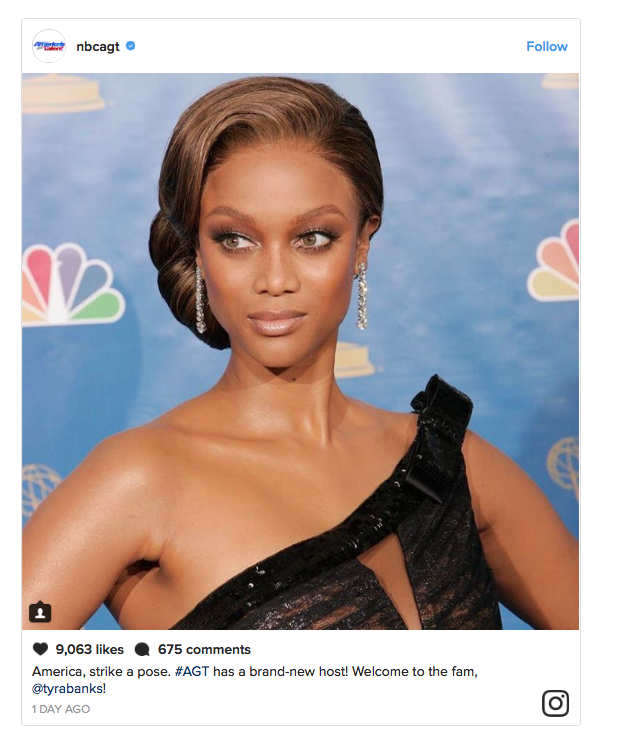 Paul Telegdy, president of NBC Entertainment’s Alternative and Reality Group, announced the news on Sunday in a statement released to ET, sharing, «Tyra is the complete package: Out-of-this-world talented, funny, brilliant and all heart. In whatever she has done, she has always connected with audiences around the world.»

Telegdy went on to say that Banks’ «vivacious spirit will infuse AGT in a big way.»

The show also shared the news on Instagram, posting a striking red carpet photo of the 43-year-old fashion icon, which they captioned, «America, strike a pose. #AGT has a brand-new host! Welcome to the fam, @tyrabanks!»