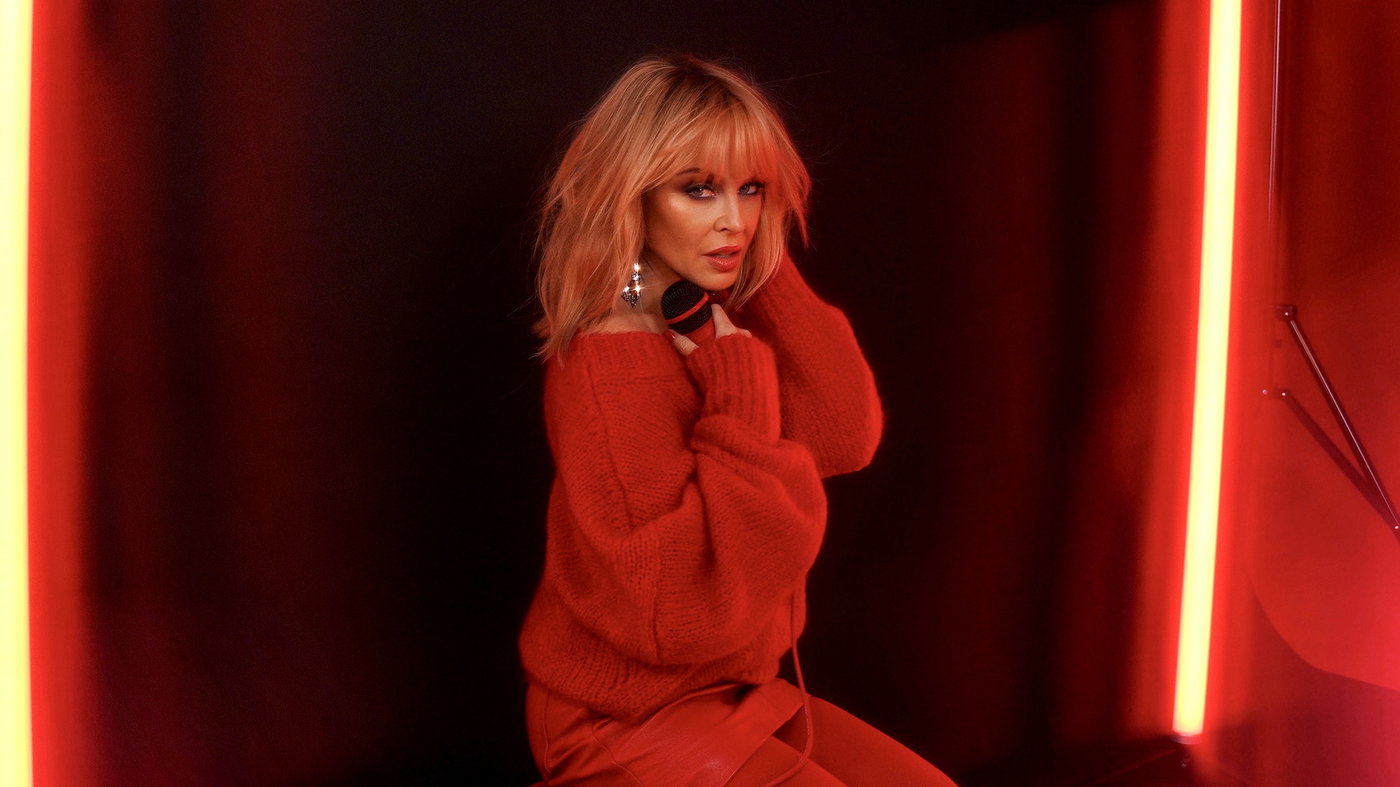 Ah, 2020, the year of dance music’s great existential dilemma: What’s the purpose of music made for the club in a moment when doors to the club are indefinitely locked?

Some of us turned to our headphones, enjoying on our own what we used to enjoy amongst a crowd of thousands. Some of us connected virtually via livestreams, while others embraced a more lo-fi, at-home approach with, as Kylie Minogue put it, «kitchen disco.»

Regardless of how we consumed dance music during 2020, the fact remains — while live events simply did not happen, the music that fuels them just kept coming. And during a singular moment in history when many of us had a lot more free time on our hands, listening to albums in their entireties helped both pass the hours and raise the energy of a challenging 365.

Vocal house albums are a commitment that artists rarely make anymore, and ones as excellent as this are practically unheard of. On her self-titled debut, two-spirit Cree artist Quanah Style teams with fellow Canadian and Wet Trax label head producer Boy Pussy to craft an unparalleled collection of club tracks that reignite the dancefloor. At times recalling the lyrical ribaldry of Traci Lords and at others the self-possessed grandeur of Deborah Cox, Quanah Style’s musical fearlessness makes this LP essential. — ZEL MCCARTHY

Disco isn’t the first time Kylie Minogue has paid homage to the disco era. But whereas last time, on 2000’s Light Years, the pop goddess played the pin-up in a swirl of camp and cheek, a more sophisticated starlight chanteuse emerges here on tracks like “Miss a Thing,” “Real Groove” and “Supernova.” The references to Chic, Moroder and of course, fellow queen Donna Summer abound, but above it all shines the indelible presence of an artist who can express the sadness of disco’s shadows with equal divination as she can its strobe-lit joyousness, often in a single phrase. — Z.M.

8. Inner City, We All Move Together

Three decades is a lifetime between album releases, and indeed, dance music has had many incarnations since 1992, the year Inner City dropped its last LP. But the trio, founded and led by genre pioneer Kevin Saunderson, doesn’t miss a literal or metaphorical beat on We All Move Together, a frenzy of exultant house and techno by Saunderson, his son Dantiez and vocalist Steffanie Christi’an. From the dance music history lesson of the album’s title track to the swirling gospel house of «Living in a Dream,» the album doesn’t necessarily evolve the genre as much as it demonstrates the form at its best. «It’s an uplifting and positive album, and I think the world needs it, to be honest,» Saunderson told Billboard in July. «It’s a blessing that the album has come now at this [dark] time.» — KATIE BAIN

Classically trained guitarist-turned-producer CloZee has become a force in bass music, and her 2020 sophomore LP Neon Jungle proves the French artist is one to outdo herself. The opening track, «Mirage,» sets the stage with heavy wobble, but it’s the chant-laden «Winter Is Coming» that will liberate ears and keep listeners feeling warm well after the last ecstatic drop. «I hope it will also help the people who are still stuck at home, and need a little escape,» the producer born Chloé Herry told Billboard of her goals for the album. «I want to provide my fans and listeners with an escape to a place where they feel safe, confident and loved.» — MEGAN VENZIN

Arriving on February 28, Suddenly was one of the final albums to drop before the world went upside down. Should we choose to see the glass half full, consider it an act of divine intervention that we got to listen to the special details of Dan Snaith’s fifth studio LP while stuck indoors, with ample time to fully absorb the Canadian producer’s sailing falsetto and easy swings through swaths of IDM, jazz, R&B, rock and disco. «I’m not living in the world that I used to imagine for myself and my family,» Snaith told Billboard of the tumultuous five years that informed the LP. «My perspective has had to change.» He couldn’t have known that that sentiment would apply to the world at large immediately after the album dropped, or that Suddenly would so effectively soothe during our collective perspective shift. — VALERIE LEE

Róisín Machine, the Irish singer and producer’s fifth studio album, arrived like a balm this October. “I feel my story’s still untold, but I’ll make my own happy ending,” Murphy purrs on the eight-minute opener «Simulation,» a disco tour de force that tells you exactly what this album is about. The 10 songs on Róisín Machine defy the pop song format (only «Incapable» clocks in under four minutes), with Murphy taking the time to really luxuriate in her creations. The production swings expertly from the slow, intimate chug of «Something More» to the crunching and urgent «We Got Together,» but the real glue here is Murphy’s strutting charisma. Disco queens really don’t come much cooler. — JACK TREGONING

There are certain truths we’ve come to expect from Tchami. The French producer always sports a priest collar, and as the creator of future house, he always delivers with large-scale bangers primed to rattle mainstages. That’s perhaps why Tchami’s debut album, Year Zero, is so heavenly — it’s understated, progressive and perfectly unpredictable. While cuts like «Praise» (featuring American rapper Gunna) boast familiar sensibilities, it’s the effervescent «Shine On’»and nu-disco leaning «Buenos Aries» that are the obvious standouts. Regarding 2020 collabs, few are more exciting than the minimal groove «All on Me,» on which Zhu shares credit. And while longtime fans will embrace return performances from vocalists like Stacey Barthe on «Rebirth,» it’s clear that Year Zero marks uncharted territory for the holy one. — MEGAN VENZIN

«I was really shocked by the lack of boundaries I was given,» The Blessed Madonna told Billboard about Club Future Nostalgia, her «megamix» of Dua Lipa’s 2020 smash, Future Nostalgia. Given the stems of the original tracks and told to just do with them what she wanted, the Kentucky-born, London-based producer enlisted a collection of scene stars like Yaeji, Paul Woolford, Mark Ronson and Moodymann for remixes, into which The Blessed Madonna also sprinkled features from pop royalty including Madonna, Stevie Knicks, Missy Elliott and more. From Horse Meat Disco’s percussion-heavy take on «Love Again» to The Blessed Madonna’s own ecstatic edit of «Love Is Religion,» a club-ready rework of one of the year’s best albums was both a slick marketing maneuver and a joyful bridge between the Top 40 and the dancefloor. — K. Bain

When the Lawrence brothers hit the studio to record their third studio album, they came with a plan: Make as many songs as possible and whittle it down to the best of the best. What makes a song “the best?” According to the U,K. duo, it’s the fun you have making it, the ease with which the melody and lyrics come through. There’s a magical spark to those moments, and that ineffable energy is truly the heart of this 11-track groove fest. Disclosure hit hard for a year without clubs, dropping dance floor lightning with star-studded features from Kelis to Common, Channel Tres, slowthai, Kehlani, Syd and more. Melting vibes and styles from around the world, Energy is a true instant-classic — and the Grammys agree, nominating the LP for best dance/electronic album. — KAT BEIN

For starters, the title of Ware’s fourth studio album winks, nods and inquires: What’s Your Pleasure? A return to her club roots, the London-based artist told Complex that she “went into the studio to make a record that made people want to dance, flirt and have sex.” Indeed, from the first drawn-out strings of opener “Spotlight” — whose video could be an ad for clothing you cannot afford — the album is glamorous and sensual, restrained yet bold, a cinematic dream sequence rendered in blush and burgundy.

Ware delivers radiant, cheeky dance floor romps (“Soul Control,” “Read My Lips”) made for peak-time under the disco ball, but some of WYP?’s best tracks (“In Your Eyes,” “Adore You,” “Remember Where You Are”) are also its slowest and most vulnerable, away from the bright lights yet still pulsing with rhythmic passion. Though these songs about love, lust and the effect of a simple touch have taken on a different context in a period during which we were discouraged from caressing even our own faces, the fresh take on a classic style served as warm comfort during a lonely year.