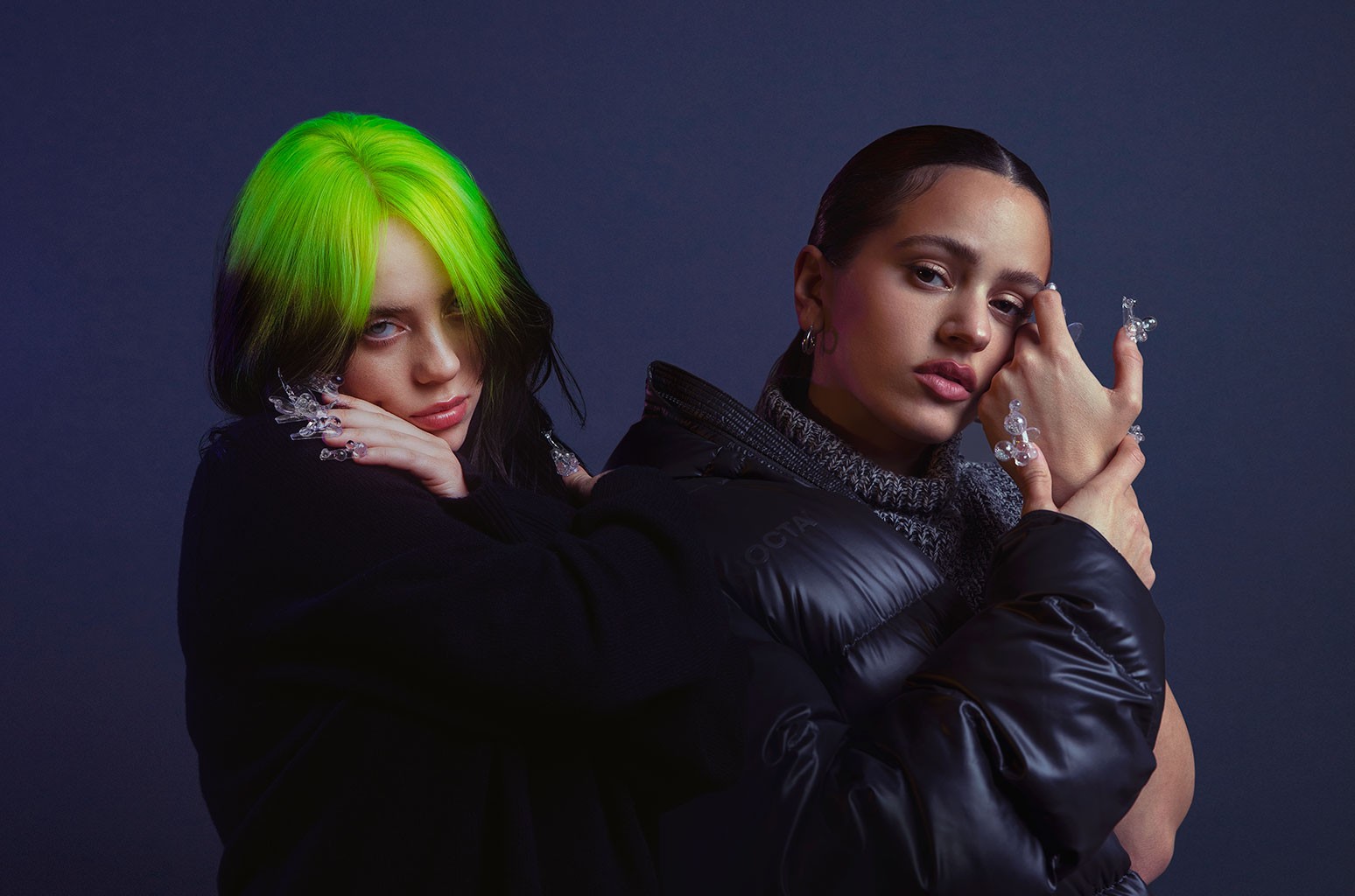 This week, Billie Eilish and Rosalía combine innovative spirits, Anuel AA and Ozuna team up for a blockbuster full-length, and Sabrina Carpenter shares her side of the story. Check out all of this week’s First Stream picks below:

On «Lo Vas a Olvidar,” two of the most daring new voices in global pop music join forces, as Billie Eilish and Rosalía — who, this time nearly a year ago, were best new artist competitors at the Grammys, an award which Eilish eventually took home — find a common ground for their disparate sounds. While Eilish sounds comfortable singing in Spanish on the song, Rosalía makes the greater sonic jump, crooning on a chorus that recalls some of Eilish’s most poignant mid-tempo tracks.

“We wanted people to feel both of us in every single song,” Ozuna told Billboard about Los Dioses, his surprise joint full-length with fellow reggaeton leader Anuel AA. “It was like, ‘Damn, let’s do things differently. Let me sing the verse and you do the chorus because people expect the opposite.’” Indeed, Los Dioses finds the two stars swapping roles and skillfully challenging each other, with songs like “Antes” demonstrating the best-case scenario of combining Anuel’s gritty flow and Ozuna’s melodic delivery.

“Maybe you didn’t mean it / Maybe ‘blonde’ was the only rhyme,” Sabrina Carpenter sings on “Skin,” a thinly veiled response to Olivia Rodrigo’s “Drivers License,” which exploded thanks in part to the intrigue of the rumored love triangle between Rodrigo, her High School Musical co-star Joshua Bassett, and Carpenter. Whether or not the drama intrigues you, Carpenter goes for the jugular here — “You can try to get under my, under my, under my skin, while he’s on mine,” goes the knockout lyric — and delivers her most confident single in recent memory.

Silk City, the moniker of Mark Ronson and Diplo’s joint project, caught lightning in a bottle in 2018 with their Dua Lipa collaboration “Electricity,” and try to replicate that win with Ellie Goulding on their latest single. “New Love” leans into the nu-disco movement in modern pop, with Goulding’s steady hand guiding the track forward until the hook opens up into a full-on dance party.

Rabble-rousing Atlanta rapper BRS Kash has scored a viral hit with his track “Throat Baby (Go Baby),” and fully arrives this week with his debut, Kash Only. The guest stars show up to lend co-signs — “Throat Baby” gets a remix featuring DaBaby and City Girls — but the MC also sounds relaxed while riding melodies solo, as he does on the shimmering trap track “Do It.”

Jason Derulo and Maroon 5 both hit the pop charts for the first time in the 2000s, which means they’ve both scoring regular pop hits for over a decade. “Lifestyle” combines their top 40-friendly talents as well as offers a throwback to the pop trends of the late-‘00s, its fluttery bounce reminiscent of the Jamaican wave that Derulo rode in on with “Whatcha Say” way back when.

Less than a week after Olivia Rodrigo’s “Drivers License” streaked to the top of the Hot 100 chart, the smash hit has already received a brilliantly executed pop-punk cover. Jaden Hossler, who broke through on alternative radio last year as jxdn, nails this re-imagining, particularly on the shout-along bridge that harnesses the anthemic energy of Rodrigo’s original.