News came Tuesday (March 21) that Ed Sheeran added the writers of TLC’s «No Scrubs» to the credits of his current Billboard Hot 100 No. 1 hit «Shape of You.»

Since the Sheeran’s song’s release, the pre-chorus («Boy, let’s not talk too much/ Grab on my waist and put that body on me») has been scrutinized over comparisons to the 1999 hit for its similar lyrical rhythm («No, I don’t want no scrubs/ A scrub is a guy that can’t get no love from me»). In turn, Sheeran validated the similarity by adding «No Scrubs» co-writers Kandi Burruss and Tameka «Tiny» Colette, of the girl group Xscape, along with Kevin «She’kspere» Briggs to the «Shape of You» credits.

Sheeran is not unique in this move. Since 2013 when when the family of Marvin Gaye sued Robin Thicke, Pharrell Williams and T.I. over the authorship of their hit «Blurred Lines» (and later won in 2015), Sheeran is only one of several high-profile artists to have added songwriters to a track after its release, avoiding any potential legal issues down the line.

Last year, The Chainsmokers added two members of rock band The Fray to the credits of «Closer» following comparisons between the DJ and production duo’s hit track and the The Fray’s «Over My Head (Cable Car)» from 2005. Fray lead singer Isaac Slade and guitarist Joe King are now credited on «Closer,» along with The Chainsmokers’ Andrew Taggart, Shaun Frank, Frederic Kennett and Halsey, who sings on the track.

Like probably everyone else on this list, Miguel hadn’t intended to imitate the Smashing Pumpkins‘ megahit «1979» on his Wildheart track «leaves» but realized later he had subconsciously done just that. So, he reached out to frontman Billy Corgan and made things right by adding him to the credits. In 2015, Miguel told The Associated Press, «Kind of after we finished the song, it was like, ‘You know what, this is reminiscent of this song,’ so we made sure that they heard it and made sure that it was all good.»

Mark Ronson’s «Uptown Funk» had only four songwriters when it was written, but soon that number grew to six and then 11. Before the Bruno Mars-featuring hit was even released, Nicholas Williams (aka Trinidad James) and producer Devon Gallaspy were approached without prompting to offer a share of the song for a sampling interpolation for James’ «All Gold Everything.» Later, while «Uptown Funk» was spending 14 weeks atop the Billboard Hot 100, publisher Minder Music submitted a claim to YouTube’s content management system on behalf of The Gap Band and its song «Oops Upside Your Head.» Ronson and Co. wound up adding the Gap Band’s Charlie Wilson, Robert Wilson, Ronnie Wilson, keyboardist Rudolph Taylor and producer Lonnie Simmons as co-writers.

Still, Ronson later insisted to Billboard that he didn’t take anything from The Gap Band, intentionally or otherwise. «It was too risky,» he said, noting the then-recent «Blurred Lines» verdict. «We made the song from such a place of joy and that’s what it brought to people, so to mar it in some kind of messy lawsuit, to poison the karma of the good feeling of that song, would have been a Pyrhhic victory. We did what we felt was right [and settled].»

Sam Smith’s Grammy-winning single «Stay With Me» wound up with two big names added to its credits after Tom Petty’s team heard the song. The track bears similarities to Petty’s iconic «I Won’t Back Down» and, following a conversation with Smith’s representatives, Petty and his collaborator Jeff Lynne of Electric Light Orchestra received proper acknowledgments. In a statement to Billboard, Petty called the situation a «musical accident» and praised Smith for quickly addressing the issue. He also said the word «lawsuit» was never uttered in the conversations. As for Smith’s side of the story, his rep said that Smith and the song’s other writers had not been familiar with Petty’s 1989 hit and called the likeness a «complete coincidence» that came to «an immediate and amicable agreement.»

Chrissy Teigen continues to be candid with her fans in a revealing new essay she penned for Glamour magazine about her struggle with postpartum depression.

The 31-year-old model opens up about the physical and emotional changes she faced after the birth of her and husband John Legend’s daughter, Luna. «I was different than before. Getting out of bed to get to set on time was painful,» she writes of returning to co-host Lip Sync Battle. «My lower back throbbed; my shoulders, even my wrists, hurt. I didn’t have an appetite. I would go two days without a bite of food, and you know how big of a deal food is for me.»

Teigen also admits that her whole disposition changed. «One thing that really got me was just how short I was with people,» she says. «When I wasn’t in the studio, I never left the house. I mean, never. Not even a tiptoe outside. I’d ask people who came inside why they were wet. Was it raining? How would I know? I had every shade closed.»Teigen says she finally went to the doctor to get a physical because she was «so tired of being in pain, of sleeping on the couch, of waking up throughout the night, of throwing up» and «of taking things out on the wrong people.» During that doctor’s appointment, Teigen was diagnosed with postpartum depression and started taking antidepressant medication. «I just got the name of a therapist who I am planning to start seeing,» she writes. «Let’s be honest though — I probably needed therapy way before Luna!»

«I didn’t think it could happen to me. I have a great life,» she adds. «I have all the help I could need, but postpartum does not discriminate.» 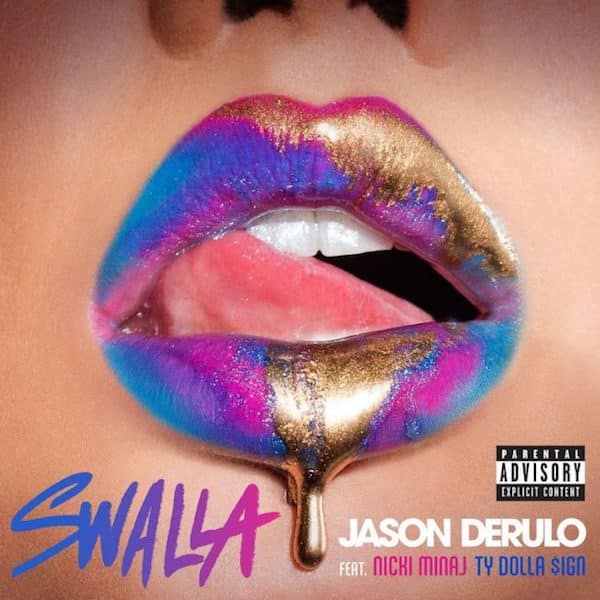 The Nicki Minaj and Ty Dolla Sign-assisted track was previewed back in September on Jason’s Instagram page. The 27-year-old singer shared a snippet of the song with a caption that read “dopest track ever,” and later dished about his decision to team up with Nicki and Ty. “Swalla” definitely has potential. Though there’s a lot going on in the song, the electronic-infused Carribean sound is expected to get a lot of love in the dance clubs. Both Jason and Ty handle their verses nicely, but Nicki is definitely the star. 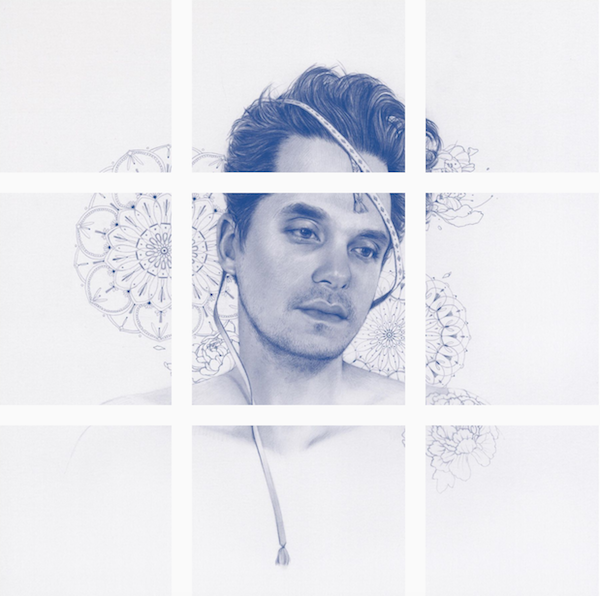 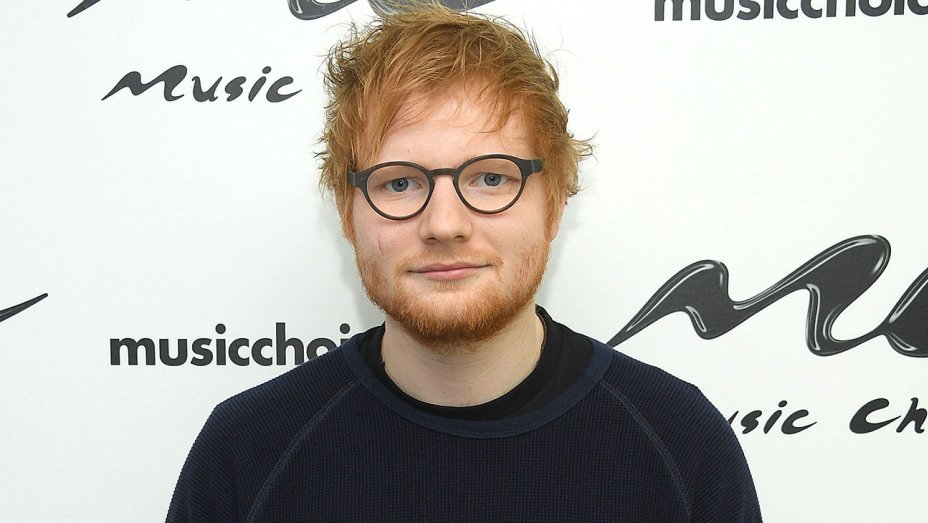 “How Would You Feel” is another track from his third album, ‘Divide.’

Ed Sheeran is building the buzz for Divide, his upcoming third album, with the release of a third track from it.

After the record-smashing whirlwind that was the advance release of Divide tracks «Shape of You» and «Castle on the Hill,” the Englishman changes pace on “How Would You Feel (Paean),” a Kleenex-clincher of a slow ballad assisted with acoustic guitar, piano and drums played with brushes.

The singer and songwriter dropped the promo track as his birthday gift to fans (he turned 26 on Friday). Sheeran sings in the chorus, “How would you feel/If I told you I loved you/It’s just something that I want to do/I’m taking my time, spending my life/Falling deeper in love with you/So tell me that you love me too.”