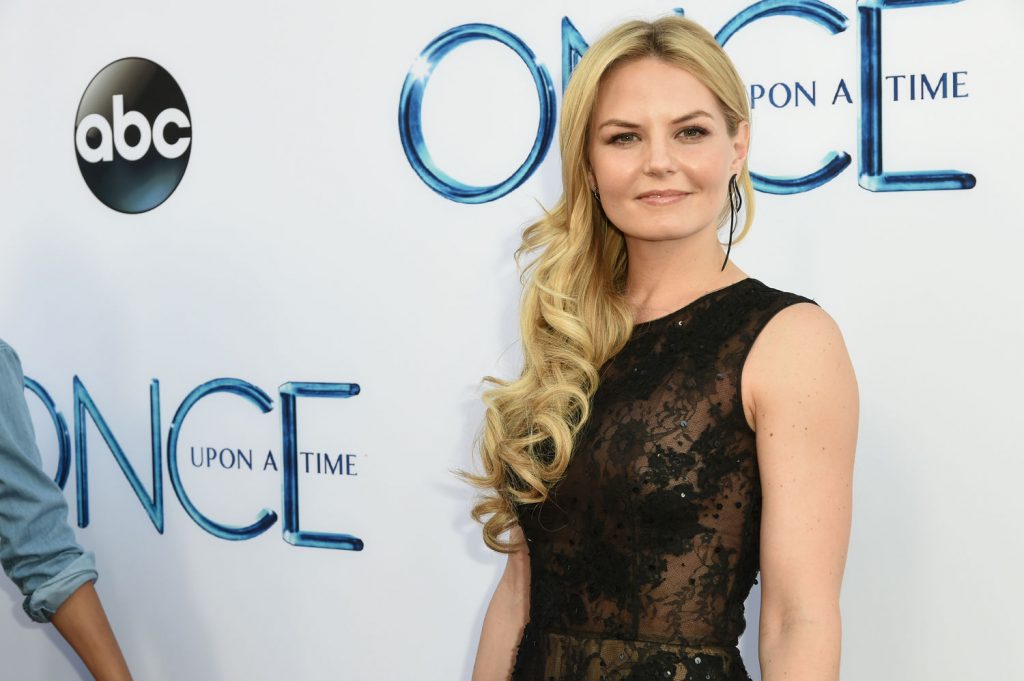 Emma Swan’s swan song is nigh.

After six seasons at the center of Once Upon a Time, Jennifer Morrison will exit the ABC fairy tale drama ahead of a potential seventh season. Should the show get renewed — EW has previously heard it’s a near-lock to return — the actress is slated to reprise her role at least once next year, but will not be back as a series regular. EW turned to Morrison to get the scoop on why she decided to exit now:

ENTERTAINMENT WEEKLY: What came with the decision to leave?

JENNIFER MORRISON: Obviously any decision like this is really tricky because I care tremendously about the show and about everyone involved in the show. I’ve loved being there, but six years is a very long time. I did six years on House, and then I did a year on How I Met Your Mother, and then I did six years on Once Upon a Time. I needed personally to move on to new things. It just was time. I needed to be not living away from home, so far from home. I feel like I’m at home in New York and Los Angeles, so I wanted to sleep in my own beds, and be by my family and friends, and have a life again. It was just time personally and professionally to step away when my contract was done.

Had executive producers Adam Horowitz and Edward Kitsis pitched you an idea for season 7 that included Emma? Or was your mind already made up at that time?

I wasn’t sure exactly how I was going to feel once it was presented. It’s like I said a few months ago, obviously I have a fierce loyalty to the show and a fierce loyalty to the character, and I had no way to make a decision if there was even a decision to make, if that makes any sense. Because I didn’t know if the show was going to continue, or if they were even considering the show continuing past season 6. So when they did come to me and say that it looks very positive that the show could have a season 7, and ABC wanted to reach out with an official offer, and Eddy and Adam had come up with storylines that they felt like would work for season 7, they did give some general broad strokes of that — but we never got that deeply into it, because I didn’t want to put anybody through any arduous back and forth if ultimately I knew that it wasn’t going to be the right thing for me to stay. So I did the soul searching then, sort of pre-massive pitching so that I was being as fair to everybody as possible. I didn’t really know how I was going to feel for sure until I knew that the decision was even on the table, so I was waiting to see what my instincts were once I actually knew what the decision was.

What does your exit mean for Emma’s happy ending? How do you feel about how Emma’s story ends?

I feel great. Listen, from Day 1 I’ve always said I love Eddy and Adam’s writing and I love the stories they come up with, and I feel like they do such a wonderful job of taking these characters on really rich journeys. So I’m very pleased with the journey that they had taken Emma on through the whole six years, and I’m pleased with where they’ve taken her to at the end of the six years.

You’ve said you’d come back for one episode next season. Is there a chance for more or even a return for whatever ends up being the series finale?

I don’t know. I can’t really speak to that. All I can say is that I’ve negotiated for one episode, and that episode is the only thing I can promise.

How did Adam and Eddy, as well as the cast, take the news of your exit?

Obviously, it’s bittersweet on both sides. We all love each other. I love Adam and Eddy, and I love everyone on the show, so it’s tough. But it’s also a family. We’ve become a family. We’ve worked so closely with each other over the last six years that you really do become a family, and you know each other very, very well. Obviously, ABC and Eddy and Adam did want me to continue, but when I knew that the right thing for me was to move on, they were kind and supportive and lovely about it. There’s no bad blood, we’re all parting as friends, we all still care about each other very much. There’s no drama here.

When you look back at your time playing Emma, is there anything, in particular, you’re most proud of — a moment that will always stick with you?

I don’t know if there’s any particular moment. I would just say I feel very lucky to have gotten to play a woman who is very complicated, and I consider to be a very whole person. It’s been sort of new in the television realm that you see these female characters who are very strong, very smart and tough, but are also vulnerable, can admit their weaknesses and admit when they need help. To me, that is a full, complete woman. No one is entirely strong and no one is entirely vulnerable. I feel really honored to have gotten to play a character that was written that way, and I feel honored to have been able to breathe life into someone that I hopefully was able to bring more of that to just by my perspective on life and my perspective on Emma. When I get stopped by fans or people come up to talk to me, it means so much to me when people say, “I really relate to her. It means so much to me. It really helped me get through this moment when I realized it was okay for me to be upset, and then I could move on.” It’s nice when I get to see what people are watching in Emma is actually translating to something that they relate to in their own lives and has helped them in some way. Ultimately, it’s not really just one moment, it’s the collective of who Emma turned out to be, and who Eddy and Adam wrote her to be, and who I played her to be, as a woman who is a whole person, who has made mistakes, who has flaws, and who has had the courage to get up and overcome those flaws and try to be better the next time, and try to be closer, and try to be more vulnerable and try to risk more by opening herself up to other people. I think that that’s a really brave journey. I admire her for that. I hope to be able to do that in my own life, so it’s something that I think was a really special thing to be apart of.

Do you have any regrets? Anything you wish you had done differently?

I have no regrets. I really have no regrets. I have put one million percent of myself into this woman for the last six years, I have lived and breathed her, cared about her, worried about her, studied every script inside and out, tried to find every possibility, every option, everything I could possibly do, worked so closely with Eddy and Adam with every detail of her. I’ve poured my genuine honest heart into her, so I have no regrets.

What’s next for you?

I’ve already done a few things. I worked on a film called Assassination Nation, which I just did a very small role in, but I think it’s a very cool script and a really interesting piece. It’s a director who’s a friend of mine and I really wanted to be a part of it. I recently shot that in New Orleans, and then right after that I played Callie Mercer in Back Roads, which is Alex Pettyfer’s directing debut and he’s also starring in it. I had an absolutely incredible creative experience on that project. It was really, really wonderful to be a part of it. It was a great team of people and I had a great experience. I’m currently doing The End of Longing, which is a play Off-Broadway with MMC Theater, and Matthew Perry wrote it. I’m playing opposite him in that. Then I’m not allowed to say which festival yet, because they haven’t announced yet, but Sun Dogs [which Morrison directed] is going to be premiering at one of the major festivals in the next few months so I will be participating in the premiere of Sun Dogs. Those are the things that are currently on the table, and then I’m not sure from there. I’m definitely looking to transition more into directing and I will always act, it’s not like I’m going to stop acting, but it is definitely a priority to find the next feature that I want to direct.