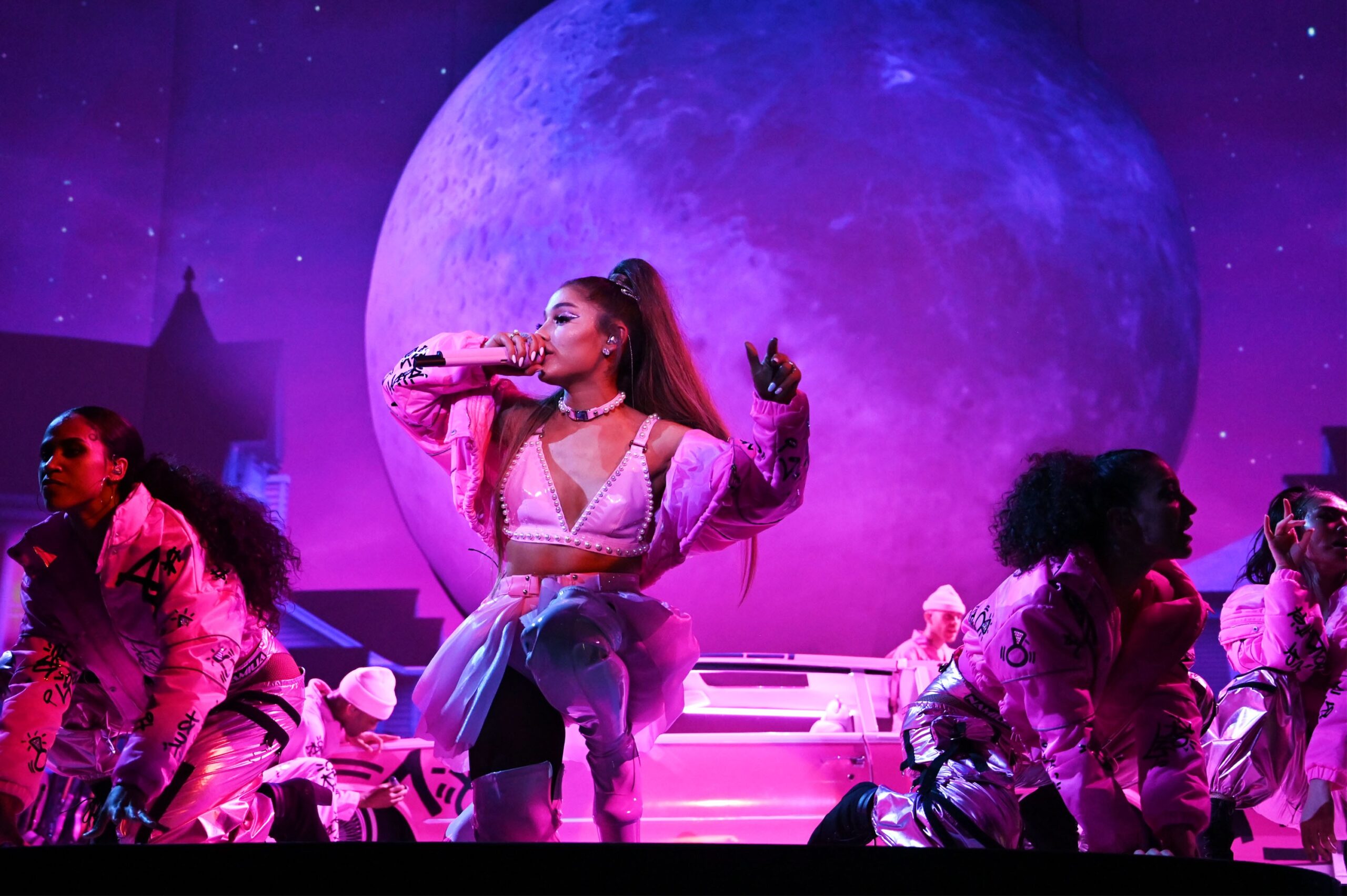 “In Wonder,” a new documentary about singer-songwriter Shawn Mendes, is coming to Netflix on November 23, just days ahead of his fourth studio album, “Wonder,” which arrives on Dec. 4. Mendes released the album’s title track as an advance single on Oct. 2.

The feature-length documentary, helmed by veteran music video director Grant Singer, is an intimate look at Mendes’ life and journey, filmed over the last few years. “In Wonder” will likely feature footage of Mendes from his 2019 self-titled world tour that took him across the North and South America, Europe, Asia and Australia. It was a special event selection at the Toronto Film Festival.

Mendes, in partnership with his Shawn Mendes Foundation (SMF), also recently announced an official new annual TIFF award at the festival, given to an emerging or young filmmaker for excellence in creating a film that focuses on world issues important to the youth of today. SMF seeks to inspire Shawn’s audience to learn about those causes that they are passionate about, and help empower them to use the voice they have to bring change to the world by taking action and giving back.

It was nice seeing you guys in #Milano. I love you Italy! 🇮🇹 be back soon. Btw I’m not sure who took this picture, but good job. 👍 🙏 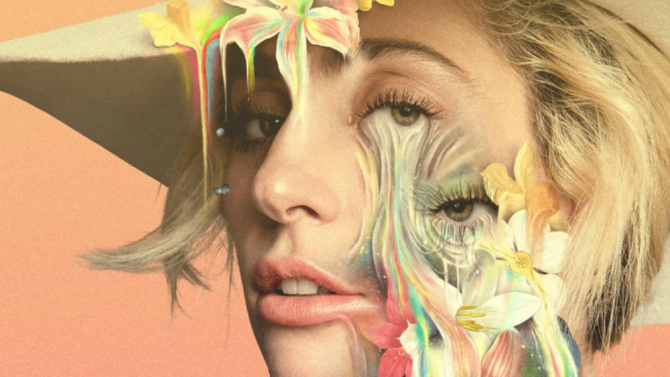 Lady Gaga has taken to social media to announce a new documentary titled Gaga: Five Foot Two. Set to premiere at the Toronto International Film Festival on September 22, the picture will also make its way to Netflix the same day.

The project is directed by Emmy-nominated filmmaker Chris Moukarbel, as it will chronicle a year in the life of the 31-year-old entertainer, thus allowing the viewer to explore “the divide between life as a superstar and life as an everyday woman.”

Gaga has in turn shared various clips to heighten anticipation surrounding the documentary, providing us with an intimate look inside her day-to-day-life. 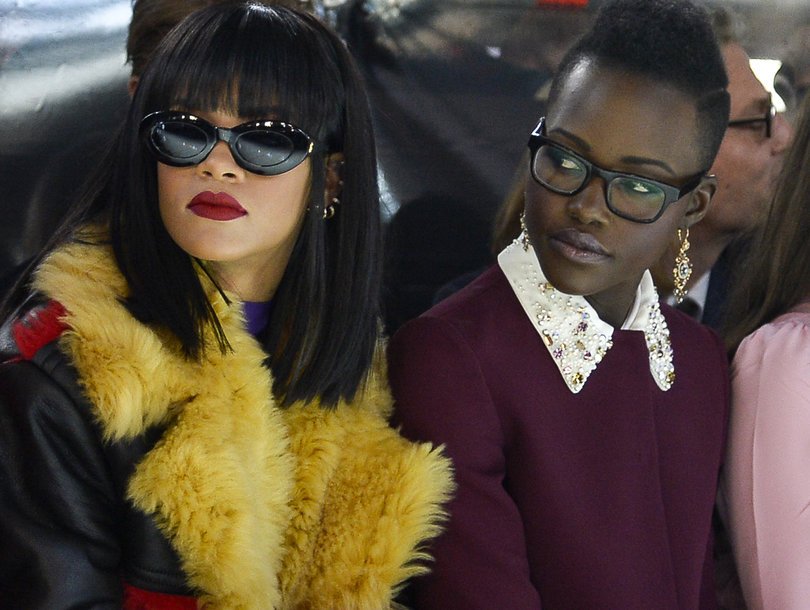 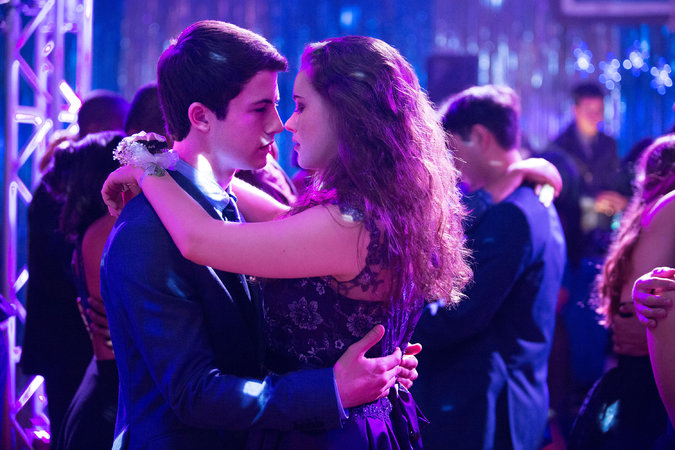 In 2008, Mandy Teefey, the mother of the pop star and actress Selena Gomez, was browsing at a Barnes & Noble when she spotted “Thirteen Reasons Why” by Jay Asher. The best-selling young adult novel tells the story of Hannah Baker, a high school girl who kills herself, leaving behind cassette tapes detailing the 13 people she blames for driving her to suicide. It’s no surprise that, standing in the bookstore, Ms. Teefey was compelled to read it: Woven into Hannah’s dark account of isolation, adolescent betrayal and sexual stigmatizing are messages of acceptance and compassion, yet it unfolds like an emotional thriller. Not much later, Ms. Teefey and Ms. Gomez were eating sushi with Mr. Asher, negotiating for the rights.

When the option expired for “Thirteen Reasons” — the original idea was a movie vehicle for Ms. Gomez — the production company Anonymous Content introduced them to the Pulitzer Prize-winning playwright Brian Yorkey (“Next to Normal”), who wrote the adaptation. “We were all so nervous,” said Ms. Gomez of pitching the project as a 13-part (naturally) television series. “I think Netflix bought it because they could see how passionate we were about it.” The series, which stars the newcomer Katherine Langford, begins on March 31.

Right before production, Ms. Gomez, an executive producer on the series alongside her mother, took a 90-day career sabbatical for her health. “It felt like” the show “was mirroring what was going on in my life,” said Ms. Gomez, who has lupus and struggles with anxiety and depression. “But my mom would send me really horrible-quality versions of the dailies on my phone saying, ‘This is such a beautiful scene.’”

Ms. Gomez is also back on the pop charts with the song “It Ain’t Me,” with Kygo. Preceding her arrival at the London Hotel in West Hollywood, Calif., a hotel employee and her security guard were hashing out a route that Ms. Gomez, always a tabloid target, could take through the empty lobby and up to a suite where she’d meet Ms. Teefey and Mr. Yorkey to discuss “Thirteen Reasons.” These are edited excerpts from the conversation.

SELENA GOMEZ I think he understood that I knew what it meant to be bullied. I went to the biggest high school in the world, which is the Disney Channel. And my mom had a lot of history dealing with [bullying]. I heard her stories growing up. She’s very open about it.

MANDY TEEFEY When I was growing up, I was always bullied because I was the outsider, the weird girl with the purple hair and combat boots. Then I was a teen mom. You get really judged. I had counselors telling me how I’d ruined my life, [Selena’s] life and how I ruined the father’s life, even though he participated.

Selena, once “Thirteen Reasons” went from being a feature to a series, did you mind taking a behind-the-scenes role? 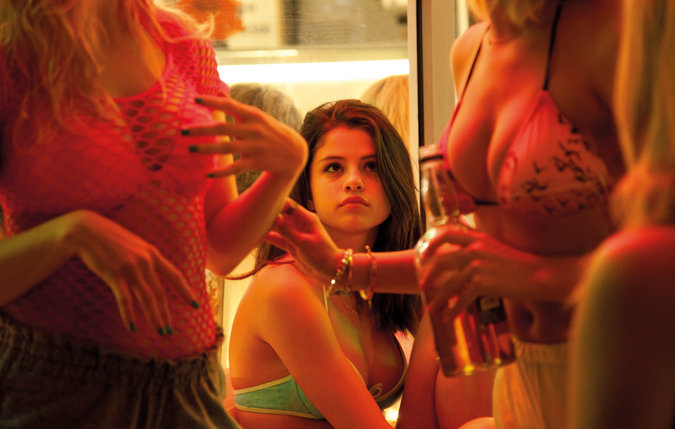 GOMEZ The older I got — once I left my series, once I started to go for roles that weren’t that age range — it organically began to become a project that I knew I would be behind the scenes with. I actually like that I’m not in it. To be honest, this book has such a huge following. I wanted it to be credible. If I’m a part of it, that’s going to cause a whole other conversation.

Meaning that you’d be a distraction?

GOMEZ Yeah. And I knew that.

BRIAN YORKEY It’s also kind of perfect because you have this huge fan base. That’s what I kept thinking about, Selena will say, “Hey, check out what I’ve been working on because it’s really important to me,” and [her fans] will check it out. This is a show that they need. We all believe it will save lives — because the book has.

Selena, has social media changed since you’ve been in the public eye?

GOMEZ When I was on “Wizards of Waverly Place,” we didn’t have social media really. Twitter had just begun. Every Friday, I’d get to do a live taping in front of all these little kids and make their life. That’s when I was the happiest. Then, as I got older, I watched it go from zero to a hundred. So I’m actually glad it took us this long to create this project because it’s so relevant now.

Do you read the comments on your 114 million-strong Instagram feed?

GOMEZ You can’t avoid it sometimes. I delete the app from my phone at least once a week. [brittle laugh] You fixate on the [negative] ones. They’re not like, ‘You’re ugly.’ It’s like they want to cut to your soul. Imagine all the insecurities that you already feel about yourself and having someone write a paragraph pointing out every little thing — even if it’s just physical.

Is the book better suited to be episodic than told in one film?

TEEFEY One of the reasons it didn’t work as a feature was that there wasn’t enough time to tell the stories of the other characters and why they were making the decisions they were making. [Brian] was able to make them three-dimensional so that, at some point, you felt badly for them, too. That’s why the feature [script] didn’t work. Hannah just seemed mean.

YORKEY The book takes place in one night and spends most of the time telling the story of Hannah in the past. So we expanded the present-day story. Part of it was figuring out the best way to be very faithful to the book but at the same time to reinvent it as television.