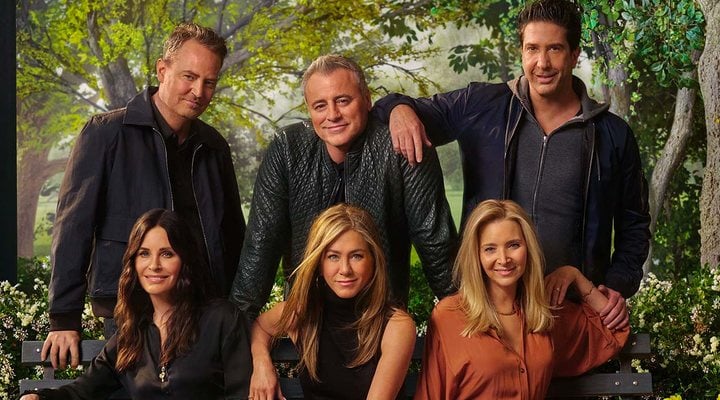 Jennifer Aniston is down for a Friends reunion!

During her guest appearance on The Ellen DeGeneres Show on Friday, the 48-year-old actress, who played Rachel Green on the popular show, opened up about the possibility of getting back together onscreen with Courteney Cox, Lisa Kudrow, David Schwimmer, Matthew Perry and Matt LeBlanc.

«Anything is a possibility, Ellen,» Aniston told host Ellen DeGeneres, who was celebrating her 60th birthday with a two-hour special of her talk show. «»Anything! Right?»

She continued on, bringing another A-lister into the conversation.

«I mean, George Clooney got married,» Aniston joked of the 56-year-old actor, who tied the knot with Amal in 2014. «That’s like an, ‘Anything can happen.'»

Late last month, fans freaked out when a trailer for what looked like a real Friends reunion made its way around the internet. Unfortunately, the viral clip turned out to be a hoax. The creator of the video made the trailer look believable by editing together recent footage of the original cast members in other shows and films.

Kudrow was aware of the fake reboot, and while chatting with Conan O’Brien shortly after it was released, she said she didn’t quite know «what to make of it.»

However, she believes «something should be done» to make Friends fans happy.