From In Real Life to Why Don’t We, 2017 found a new batch of boy bands vying to fill the gap left by One Direction. As the year comes to an end, the clear frontrunner is PRETTYMUCH — a five-member group hand-picked by Simon Cowell. They have dropped dropped four excellent singles in a row, showcasing their versatility with each new release. “Would You Mind” channelled New Edition, “Teacher” was a burst of modern pop and “Open Arms” found them in a-cappella mode. Their latest, “No More,” finds them dabbling in hip-hop.

Given that the French Montana-assisted bop is the band’s edgiest offering, it makes sense for them to ditch the choreography-heavy, ’90s-inspired visuals of their previous singles in favor of a house party. The guys kick it with a group of friends, hang out on the roof and flirt with pretty girls. Their collaborator arrives towards the end to deliver his verse while they show off a little fancy footwork. It looks easy and effortless, which is really what sets them apart. Expect PRETTYMUCH to have a massive 2018. Watch up top.

señorita where you wanna go 🏠

David Guetta and Afrojack recruited Charli XCX and French Montana for a massive club anthem on their latest joint release, “Dirty Sexy Money.” Out today (November 2), the EDM hitmakers remain true to the winning formula they developed after striking gold on 2015’s “Hey Mama.” Opening with an almost saccharine sweet production, the song rapidly builds to a frenzy following a sudden beat drop.

The “Boys” siren takes the lead over their production, and she lays a seductive trap for a potential lover before going in for the kill. “If you wanna put-put-put-put it on me, you’re not gonna get-get-get-get-get it for free. Come and spend that dirty sexy money on me,” Charli commands over a stuttering beat. French comes in to deliver a besotted verse toward the back end, but his efforts pale in comparison to the Brit’s.

The quartet could have a massive hit on their hands with the buoyant bop. Charli’s delivery is fierce and undeniable, and the production will stand out as most pop is starting to slow down the beats per minute moving into the winter. Give the track a spin below! 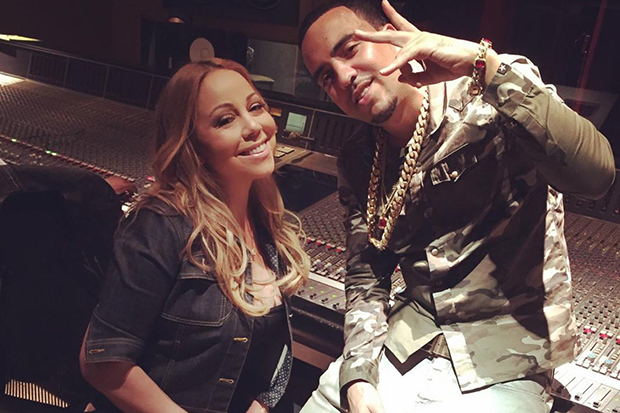 Mariah Carey has had a really tough year. It literally began with her dragged over the coals for that New Year’s Eve debacle and just got more depressing from there with an unflattering reality TV show and several performances that went viral for all the wrong reasons. But you can’t hold a legend down. The pop star has rebounded with a sexy Paper magazine cover shoot and is destined to own Christmas (as usual) with new holiday track “The Star.” Before that, however, she’s teaming up with French Montana for a remix of “Unforgettable.”

The Queen of Octaves shared a snippet on Twitter this afternoon and it sounds like fire. “It’s not good enough for me since I’ve been with you,” Mimi coos over the track’s distinctive beat. “It’s not gonna work for you.” The 47-year-old then sings about drinking too much and turning up in the club. “Unforgettable” is already one of the biggest songs of the summer, peaking at number three on the Billboard Hot 100. Mariah’s divine presence could be all it needs to reach number one. Click Here to Listen the preview.